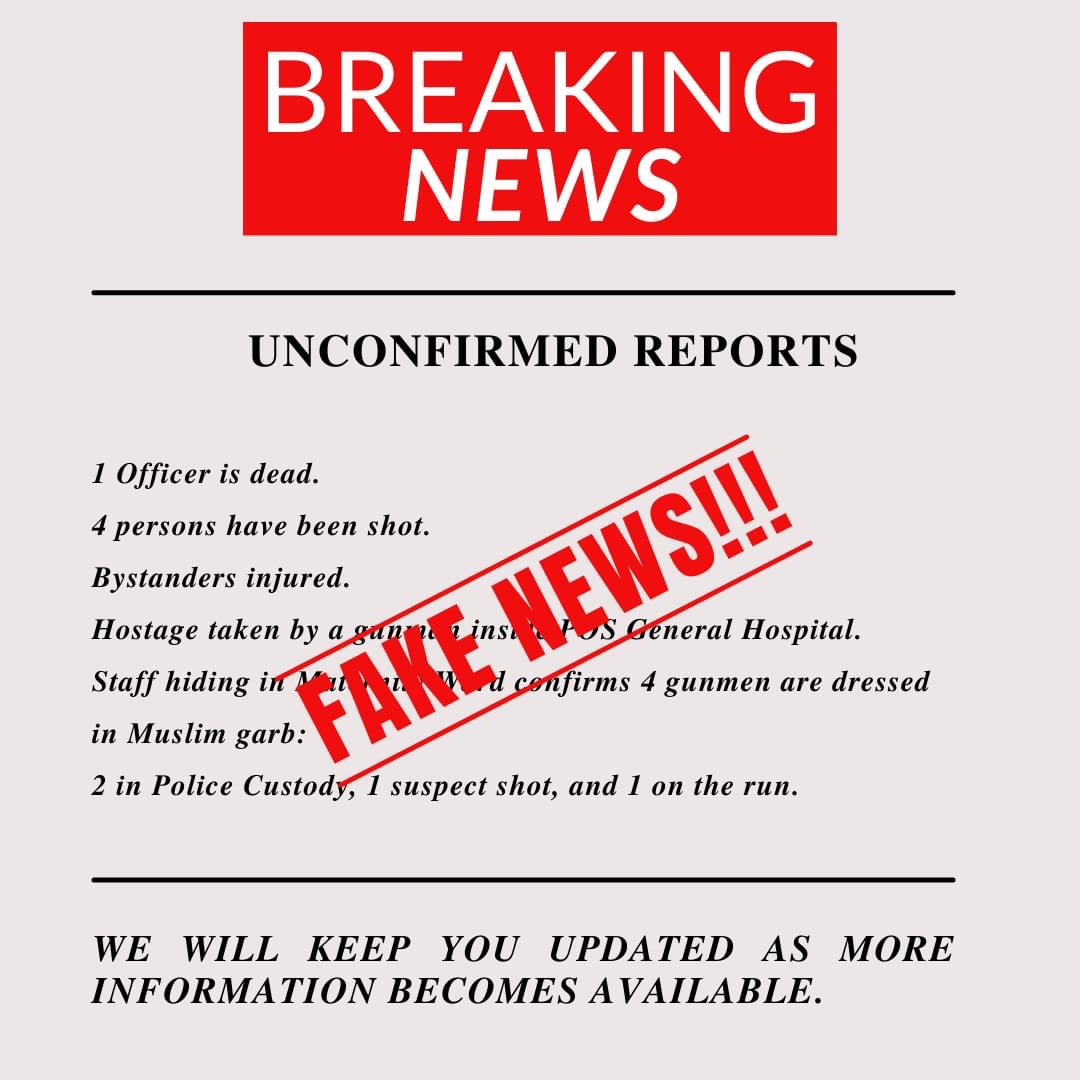 No truth to hostage situation at PoS Gen. Hospital

Commissioner of Police, Gary Griffith, says he has been bombarded with calls and messages about “unconfirmed reports” that there is a hostage situation at the Port-of-Spain General Hospital.

The CoP said this social media post had been circulated many times. Commissioner Griffith says there is absolutely no truth to this rumour about any hostage situation at the city hospital. The CoP said this social media post is similar to another which was posted exactly six years ago when there was a break-out at the Port-of-Spain State Prison resulting in the death of a police officer and two of the escapees being shot.

Commissioner Griffith has once again asked that persons refrain from posting such matters which could lead to panic among the population.