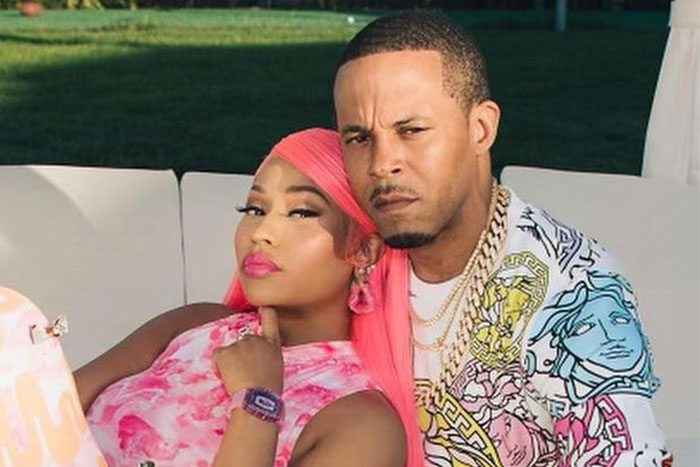 Nicki Minaj’s husband Kenneth Petty is facing several months in jail and a hefty fine for failing to register as a sex offender in California.

California prosecutors are not letting Kenneth Petty off the hook as they want him to spend time in jail and pay a fine for violating sex offender laws.

According to TMZ, Petty is awaiting sentencing, and prosecutors are moving for a sentence of a year and a half in jail.

Petty’s current legal woes are due to his previous four-year conviction for attempted rape in 1995 of a 16-year-old. He moved to California in 2019 after marrying Nicki Minaj.

According to prosecutors, Petty knowingly failed to register as a sex offender when he moved to California, the court documents read.

“Having previously been convicted of attempted rape, the defendant knowingly failed to register as a sex offender upon moving to California,” prosecutors said.

“The timing of defendant’s lapse in registration is concerning, given that it occurred when defendant began dating his wife, quit his job, moved to Los Angeles, and adopted an affluent lifestyle,” prosecutors wrote in the filing.

They added that Petty maintained his sex offender registrations for at least two decades but stopped when he got married to Nicki Minaj in 2019.

“Defendant has been completing sex offender registration documents for nearly 20 years,” prosecutors wrote in the filing. “Over the course of two decades, he was repeatedly warned that if he moved to another state, it was his responsibility to follow any local, city, state, federal, or international laws regarding registration.”

According to the documents, Petty should be imprisoned for 15 months and pay a $55,000 fine.

His sentencing is set for July 6.

In the meantime, he is also facing a civil lawsuit brought by the former rape victim who is suing him for emotional distress and sexual assault. According to the victim, Jennifer Hough, Nicki Minaj, and Kenneth Petty allegedly attempted to pay her $500,000 to recant the allegations about the rape in a bid to help his California case and get him off of the sex offender registry.

Lawyers for the Pettys did not respond to the latest filing.