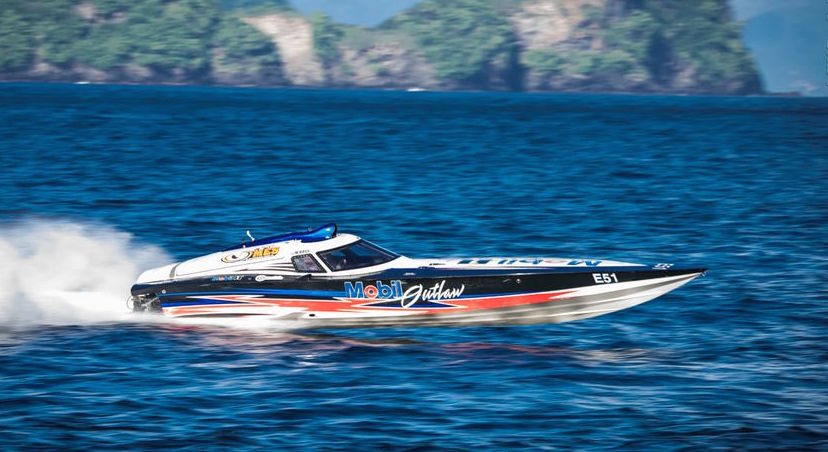 Mobil Outlaw is the overall winner of the 2020 Great Race.

The speedboat was the first to reach the sister isle of Tobago on Saturday and grab the 80MPH class of the 52nd Annual Great Race.

This was nothing but miraculous, as Mobil Outlaw suffered several problems during the week, even up until Friday night.

Throttleman for the two-man crew, Jason Ross, told media afterward that the win in an unofficial time of one hour, 14 minutes and 52 seconds, now makes it their fourth time winning in their category, a convincing achievement for a boat that was rebuilt in 2019.

They have also set a new record time in the category, beating back the time that was set last year.

Ross said: “I expected to win in our class but I never thought we would have won overall, that was a great achievement. We went into the race with a plan to just run as fast as we possibly can and it worked. The water out there was in no way easy but we made it in a time of one hour and 20 minutes.”

The T&T Powerboat Association was able to bring the action live to the fans on Saturday, via Facebook.

Meanwhile, last year’s 95mph class and overall winner Energiza was able to retain the class win, as it was the only competitor on the day.

Limitless took the 60mph class win, with Fire Chief and Super Tuff prevailing in the 70mph and Cruiser Classes respectively.

In the big 130 mph category Big Thunder limped home with only one engine working for the class win.