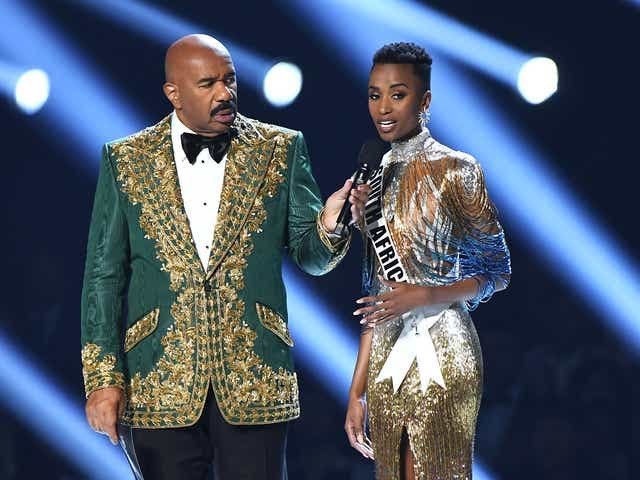 South Africa, Mexico and Puerto Rico were the finalists and the three women faced off for the crown as the evening came to a close.

Ninety women from across the far corners of the known universe assembled on Sunday for the crowning of a new intergalactic queen.

The initial 90 contestants were narrowed down to 20 semifinalists during a closed-door competition prior to Sunday’s three-hour live TV event. And following a series of traditional pageant-style events — including the ever-popular swimsuit and evening gown rounds — this year’s Top 10 was revealed:

Tunzi, 26, is a public relations professional and activist whose platform is largely based on her fight against gender-based violence, according to her contestant biography.

The question and answer which stole the hearts of millions looking on at the competition.

Press play for the moment Miss South Africa was announced the winner.