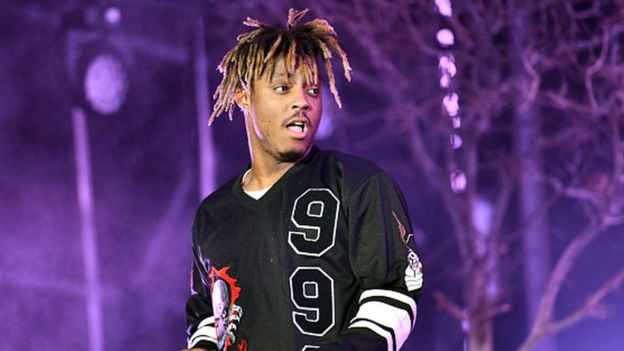 The dangers of ‘popping pills’ Juice Wrld dies from seizure

A US rapper called Juice Wrld who shot to fame on music streaming platforms, died at the age of 21.

According to TMZ Juice Wrld suffered a seizure as he walked off a plane in n the Airport in California.

The Cook County Medical Examiner’s Office said the cause was unknown.

Juice Wrld, whose real name is Jarad Anthony Higgins, was best-known for his viral 2018 hit Lucid Dreams. Mental health, mortality and drug use were common themes in his music.

His record label, Interscope Geffen A&M Records, said Juice Wrld was an “exceptional human being” who “made a profound impact on the world in such a short period of time”.

Chicago police told the BBC a 21-year-old man suffered a medical emergency at around 02:00 local time (08:00 GMT) and was taken to hospital, where he was pronounced dead.

Juice Wrld often rapped a out ‘popping pills and Percocet.

IzzSo media featured two young adults who admitted to popping pills and taking LSD, and spoke about the out of body experience they encountered while on the drug.

Chris Rock breaks his silence about the Oscars slap 0