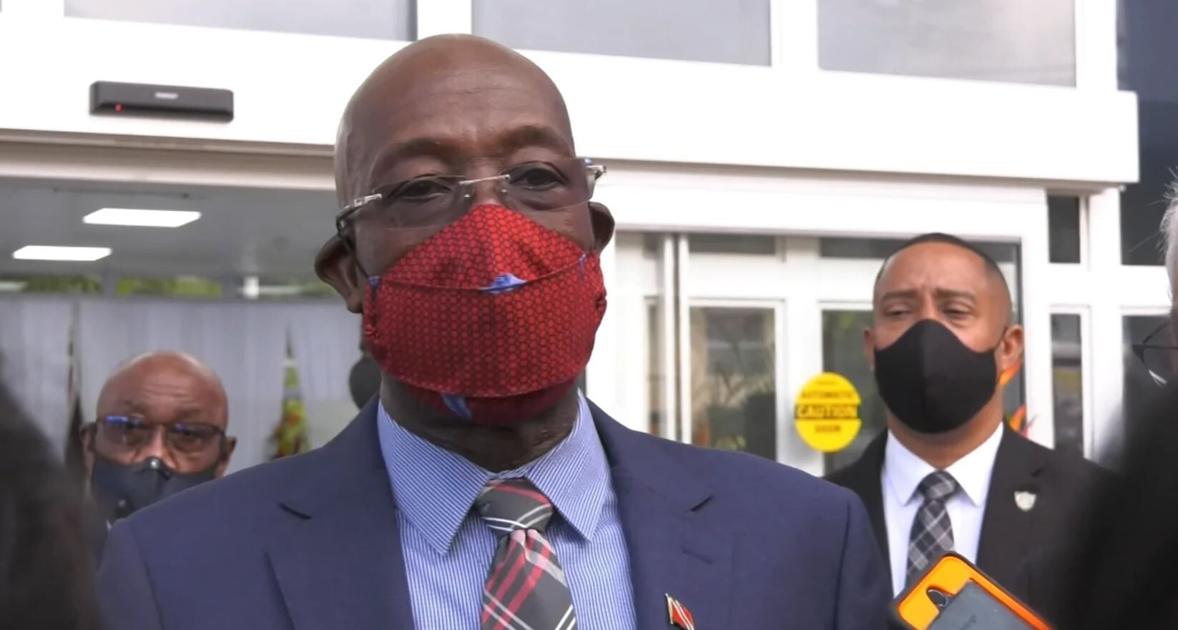 Prime Minister Dr Keith Rowley has accused former attorney general Ramesh Lawrence Maharaj of having ‘fogginess of memory” as it relates to the drafting of the Tobago House of Assembly Act back in 1996.

In a Guardian Media interview on Thursday, Maharaj recalled that when he drafted the initial THA legislation, which was intended to give Tobago full internal self-governance within the Republic of T&T, the then PNM government opposed it.
That then led to the current legislation being hammered out.

He told the media “I want to make it abundantly clear standing here as Prime Minister today and as Political Leader of the PNM, that after 25 years, I will ascribe to Mr Maharaj some fogginess of memory. I myself can be subjected to that, I know what that is,” he said.
“With all the political implications of this statement, I must, I must in the fullness of ways, say that if what is here is what Mr Maharaj said and the Guardian got it correctly, this is completely incorrect” Rowley said.

He said “It is not correct to say what exists now, causing this deadlock is something that we ended up with because in 1996 the PNM didn’t agree”

Rowley said that there was one aspect of Maharaj’s draft that the PNM did not agree to support and that was the amendment which called for an increase in the number of senators from 31 to 37.

Rowley said that by increasing the number of senators, the number of Government senators would have been increased from 16 to 19 and it required at least one of the nine independent senators had to be a resident of Tobago. Another two senators would have to be appointed with guidance from the THA Chief Secretary, while another would be appointed with advice from the THA Minority Leader.

One Man Arrested Marijuana Trees And Seedling Seized In Tobago. 0