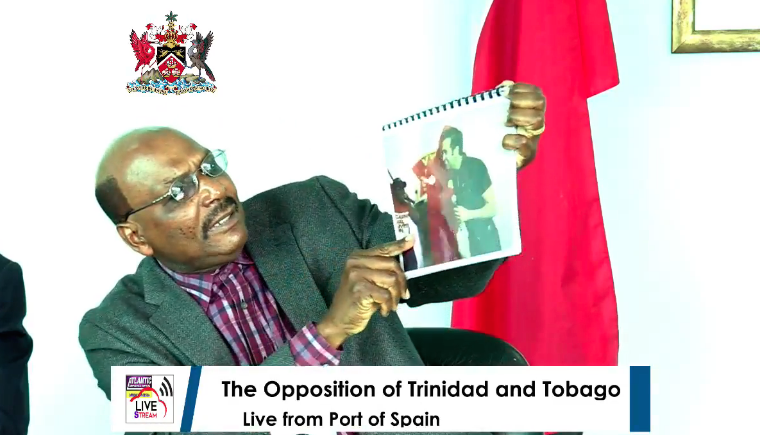 UNC Senator Wade Mark has issued a call for the Attorney General to be fired.

This follows AG Faris Al-Rawi’s appearance on last Thursday’s episode of Vibes With Voicey, hosted by soca artiste Aaron “Voice” St Louis, where he participated in a charity game show.
However during the show, the AG, along with the other guests, were mask-less.

Senator Mark, during the UNC’s weekly opposition press conference in Port-of-Spain yesterday, said it was ironic that Al-Rawi brought the mask-wearing legislation to the Parliament last August but yet “He is a lawmaker in the day but a lawbreaker in the night.”

Mark then called on Commissioner of Police Gary Griffith to arrest the Attorney General.
He said “Any ordinary individual in this country who was caught without the mask. They would have been charged.”