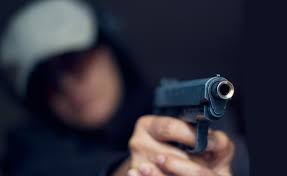 Man pulls gun on women for not saying “Thank You!”

Two women in the US found out just how important some people believe manners to be after a man pulled a gun on them for not saying thank you.

Police in Connecticut arrested the man after he pulled a gun on the women who didn’t thank him for holding a door open for them.

Law enforcement responded to a store on Saturday after receiving a report that a man was pointing a gun at two customers outside of the store.

When officers arrived, a witness told police that a man, later identified as Joshua Murray, allegedly pointed a gun at the women for whom he held a door open.

They told officers he allegedly grew irate after they did not say thank you.

Murray was found shortly after with a firearm in his possession and was subsequently arrested.

It seems chivalry isn’t dead…but it can be deadly.