Man held with gun in Grande

One man is in custody after he was held with a .38mm revolver in Sangre Grande last night. The man is said to be well-known to police. 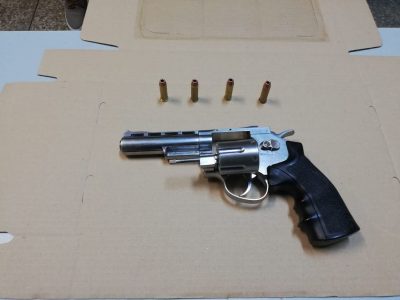 Officers of the Eastern Division Special Operations Unit led by Sergeant Edwards conducted a search in Quash trace. While there, they found the man with a gun and four rounds of ammunition. He was arrested and detained.

70% of the Cayman Islands Population Are Vaccinated 0