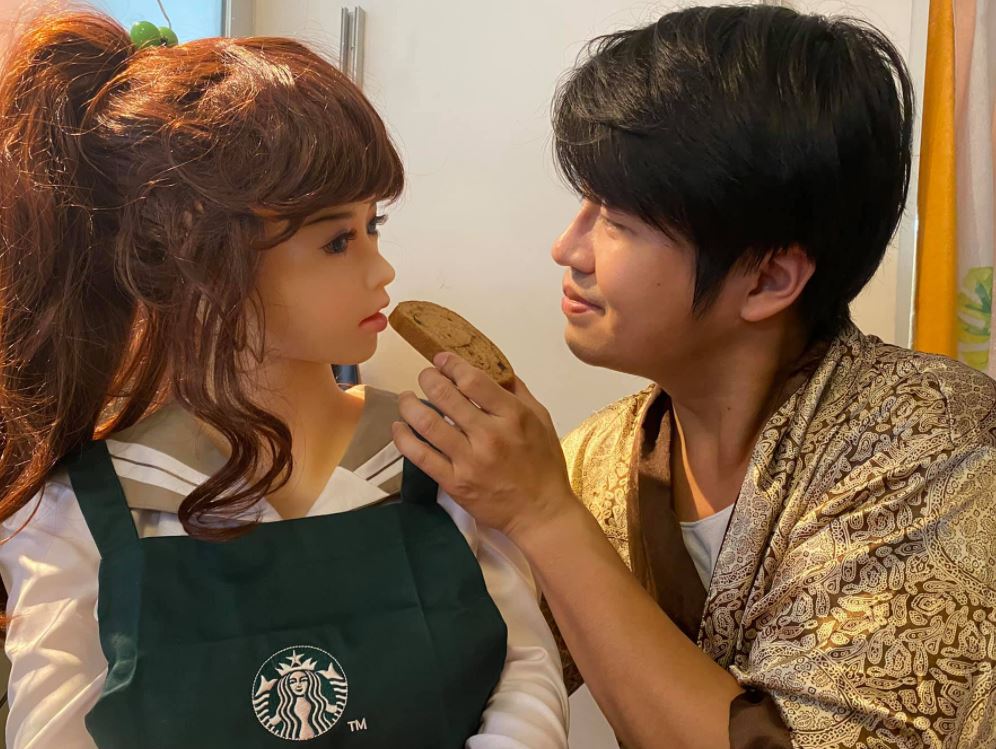 0 23 March, 2021 12:00 pm
People in the world can have an attraction towards anything, love anyone. One such strange case has come to light in Hong Kong.
A Hong Kong man fell in love with his sex doll. Not only this, he is engaged to her sex doll and is going to marry her soon. He believes that it is easier to date sex dolls than girls, so he has decided to spend his life with sex dolls.

Xie Tianrong, 36, of Hong Kong, recently engaged in her sex doll. Shai, who lives with her parents, has bought expensive gifts for her fiancé. He has gifted 20 sets of expensive clothes and more than 10 pairs of shoes to his fiance, ranging from the iPhone-12.

According to media reports, Shai has never tried to hurt a sex doll that resembles humans…Why did he not do it? Because he said that it will cause damage to the skin. He believes that dating dolls is easier than dating girls.  His fascination for dolls began when he was around 26 years old.

Xie also claimed that he has never “violated” his fiance and says that he never intends to even kiss her as he fears of damaging her “sensitive skin”. “I respect Mochi and only want her as a companion. I have had human girlfriends before but I am only attracted to dolls now. I have never had sex with her,” Xie Tianrong was quoted as saying.

News reports have it that Xie bought the sex doll for about 10,000 yuan (Rs 1 lakh) way back in 2019. Since then, he has devoted all his time to taking care of her. He learned that he was attracted to dolls ten years ago when he spotted one such doll in a retail store in Hong Kong.

The fantasies for sex dolls aren’t a surprising event anymore. As, earlier in November 2020, a bodybuilder from Kazakhstan also married his sex doll after dating her for eight months.