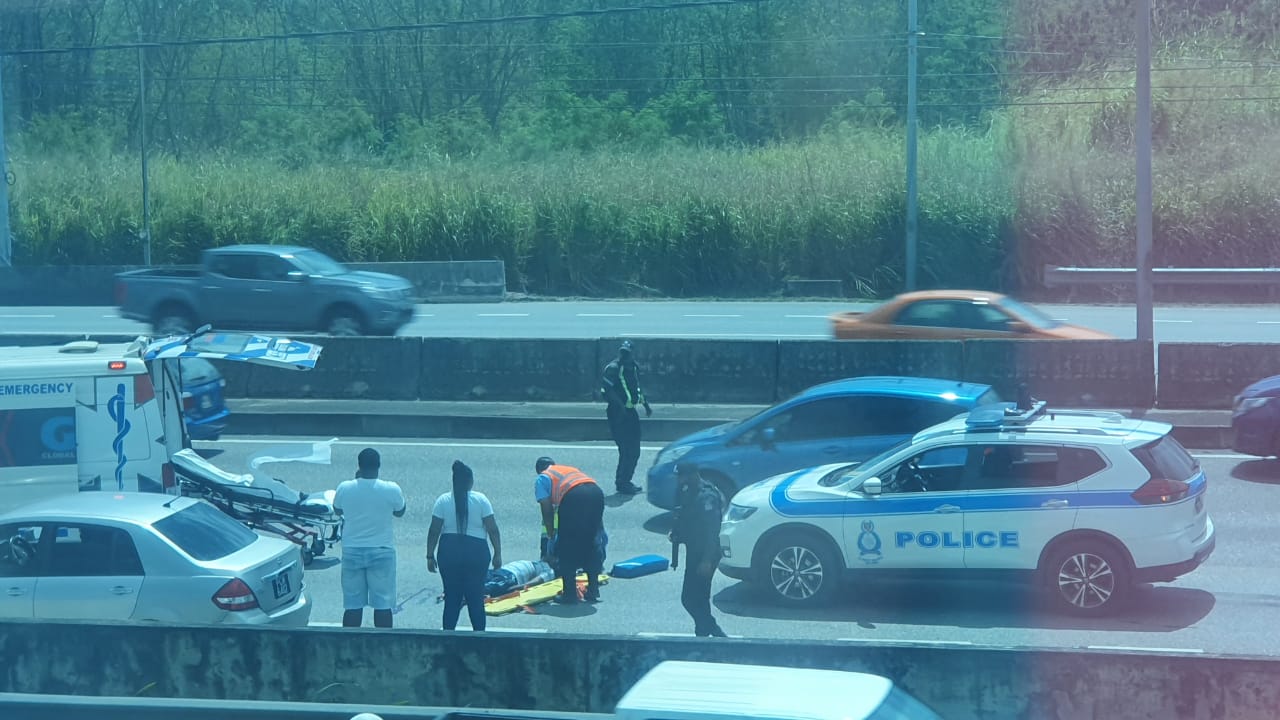 Man critical after being knocked down in Aranguez

A man is said to be in critical condition after he was knocked down in Aranguez shortly after lunch today.

Details are still coming to hand however News Power Now understands that the man was attempting to cross the road in the vicinity of Courts on the highway when he was struck by a vehicle.

According to one eye witness, the man’s body went airborne before hitting the ground.

Two vehicles are then said to have rolled over his feet, which appeared mangled as he lay on the roadway.

Only one vehicle stopped to offer assistance however it is not known if that vehicle was involved in the accident, the other vehicles continued and drove off.

Police and an ambulance responded.
The man’s identity is not known at this time, however he was said to be alive when the ambulance took him away.

We will have more details on  this story as details come to hand.

Suspects detained in connection with kidnapping of Andrea Bharatt 0