Man arrested with gun and ammunition in Palo Seco 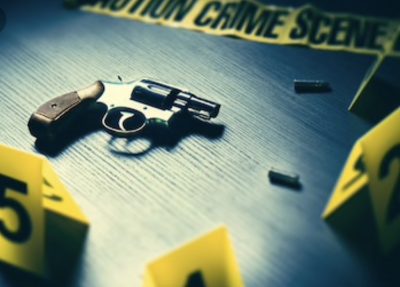 One man was arrested and a pistol and a quantity of ammunition seized by officers of the South Western Division’s Emergency Response Patrol, during an anti-crime exercise conducted in the Palo Seco district, yesterday.

Officers were on patrol along S.S. Erin Road, Palo Seco, around 10:35am on 19.08.19, when they observed 3 men standing in the vicinity of the Palo Seco market. Upon approaching the men, 2 ran off, while the 3rd attempted to enter a vehicle which was parked a short distance away.

The officers stopped the man and conducted a search, which resulted in one Tanfoglio pistol loaded with 12 rounds of ammunition being discovered in his possession.

The suspect; a 30-year-old of Erin, was arrested in connection with the find.
Investigations are ongoing.