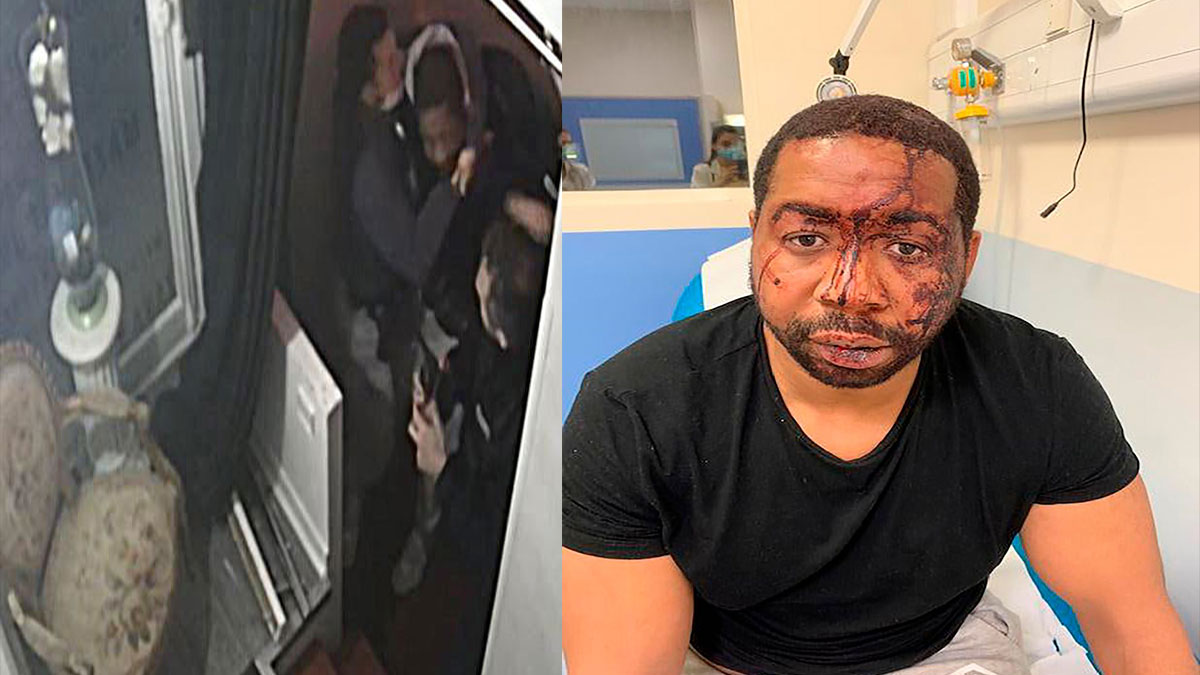 France, Shocked by the Brutal Police Beating of a Black Man

The beating of a black man by policemen in Paris, which left President Emmanuel Macron “dismayed”, reopened a debate on racism and police violence this Friday in France, in the midst of controversy over a bill on security.

The harsh images showing four policemen beating a black music producer on the door of his studio in Paris – which were released on Thursday by the website Loopsider – sparked a wave of outrage in France.

The agents were detained this Friday for questioning at the headquarters of the General Inspection of the National Police (IGPN).

In the scene, which lasts for several minutes and was captured by security cameras, the agents are seen punching, kicking and hitting the victim with a baton, Michel Zecler, to whom the police drew attention because he apparently was not wearing a mask .

The wave of indignation reached the highest levels of government, the world of sports and music. The French president was “very shocked” after watching the video, his office said Friday.

Great football stars, such as Antoine Griezmann or Kylian Mbappé, or music stars such as Aya Nakamura or Benjamin Biolay, also reacted with indignation to the video that went viral on social networks.

“Nauseas,” the Liberation newspaper headlined on its front page, showing a photo of Michel Zecler’s blood-covered face; while the evening Le Monde published, also on the cover, images of the police beating the producer.

The French president met with Interior Minister Gérald Darmanin on Thursday and asked him to take action against the police in question, government sources told AFP.

After this meeting, the minister announced the suspension of the agents involved in this case of police violence, which he said had “tarnished the uniform of the Republic.”

The agents, who were suspended from their duties, are being held at the headquarters of the General Inspection of the National Police (IGPN), to be questioned.

The Paris prosecutor’s office opened an investigation on Tuesday for “violence”, “falsification of public records” and “racism”, a judicial source told AFP.

According to Michel Zecler, who filed a complaint, the police officers repeatedly called him a “shitty nigger” while beating him.

His testimony reopens a debate on alleged “structural” racism and violence within the French police, something that the authorities categorically deny. But several cases in recent years feed this thesis.

Zecler’s beating comes after the violent dismantling on Monday of an informal immigrant camp in the heart of Paris.

The images of this evacuation, filmed by journalists and activists, caused consternation among the French and led to the opening of a report by the General Inspection of the police.

Among the images that were disseminated on social networks are police clearing tents, with migrants still inside them, or an agent tripping a migrant.