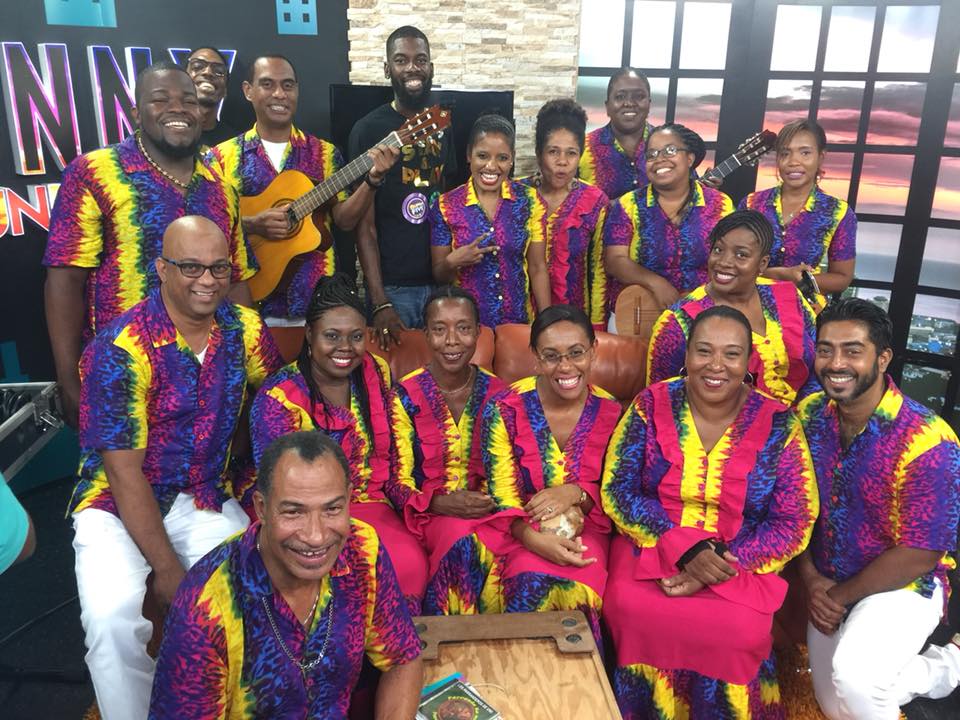 The year 2020 marks the 40th Anniversary of Los Parranderos de UWI. The group was founded in 1980 when of some enthusiastic students of the Spanish Society organized a parang group to play at the annual ‘Tertulia’ event hosted by the Society on the St. Augustine campus. Little did those foundation members envisage the long-term effects of their simple initiative. From its humble origins, Los Parrranderos de UWI not only survived but also emerged as one of the premier parang groups on the national circuit. The past forty years have been a long and rewarding journey punctuated by several important milestones along the way.

In its early days, the band functioned primarily as a campus aggregation, performing at faculty concerts and shows. As such very few knew of the group’s existence outside the University fraternity.  However, the year 1993 marked a major turning point in the evolution of the band as it witnessed its entry into the competition arena.  Competition gave the group more national exposure. The many awards and accolades over the fourteen year competitive phase culminating in its emergence as National Parang Champions in 2006 made Los Parranderos de UWI a household name in the parang fraternity.

The group’s increasing popularity catapulted it into the studio in 2003 to mark another milestone in its journey. Mi Parranda (2003) was the group’s first recording followed two other CDs to mark its 25th and 30th Anniversaries. In 2015 to commemorate its 35th Anniversary, the group launched a booklet/CD titled “Nuestra Cancion” outlining its history and achievements and featuring its most popular recorded slections. The recording process not only allowed the band to highlight its original compositions but also to pay tribute to some of the stalwarts and elders in the parang world. The fact that all the compilations continue to be seasonal best sellers is testimony to the success of the transition to a recording group.

The band accomplished another significant achievement when it was selected to represent Trinidad and Tobago at the Christmas Folk Festival in Curacao in 2007. It was the first time that the English speaking Caribbean was represented at the seven year old festival. Performing alongside groups from the Spanish and Dutch speaking Caribbean, the band proved to be worthy ambassadors and was invited to participate once again in 2008.

At the root of the band’s many accomplishments over the years has been the love and dedication of its successive members for the artform. In spite of the changing trends and numerous challenges, that commitment to the preservation of parang music has remained constant over the group’s long journey. To hear the band either live or recorded is to be taken on a delightful musical journey that underscores our rich Hispanic heritage which was the very essence for the group’s formation. The seed planted forty years ago when the journey began not only found fertile soil but has certainly mushroomed all because sturdy roots run deep.

Given the current restrictions during the pandemic, Los Parranderos was forced to cancel its traditional Anniversary concert which was carded for November. However, Los Parrranderos de UWI in order to celebrate its 40th Anniversary is using social media platfoms to maximum effect. The group’s Facebook page has been abuzz with posts since mid-September. These posts have focused on the history of Los Parranderos de UWI over the past 40 years. Interviews with past members about their memorable experiences, music videos of the groups past performances and a plethora of photographs from the group’s well-kept archives have all been highlighted over the past month and a half. The ‘Get in Tune’ segment where the group highlights one of its original compositions weekly has proven immensely popular.

As a gift or ‘aguinaldo’ to its many fans, the group has also uploaded many of the tracks of its four CD albums to You Tube. In this way, parang aficionados can still share in the joy of the festive season despite the difficulty of live performances during the pandemic.  The pandemic has also afforded the group time to record new songs towards a fifth album.

Please join Los Parranderos de UWI on Facebook, Instagram and You Tube to celebrate this Christmas season. Physically or virtually, pandemic or no pandemic, the parang show must go on. A true Trini Christmas is not the same without the infectious music of parang.

Westbound lane of the PBR open until further notice 0

Flooding at various points in Trinidad due to heavy rainfall 0