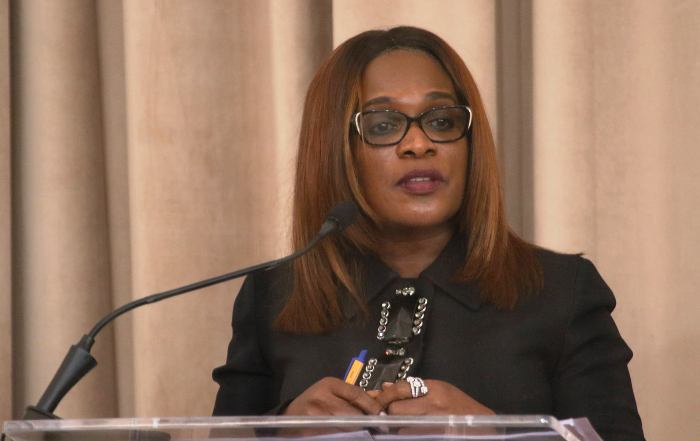 Opposition Senator Jearlean John has apologised to Independent Senator Dr Maria Dillon-Remy, the President of the Senate, and her fellow Senators for the criticism made of the Independent bench.

In last Tuesday’s Newsday, headlined ‘Jearlean John upset at Independents’ vote on the Procurement Bill’, John had complained about Dillon-Remy voting for the government bill, and the other independents abstaining instead of voting against it.

Following her comments, Independent Senator Paul Richards brought a contempt motion against John for her remarks.

However, in the senate yesterday, John said she meant no harm or ill will.

Kangaloo added, “It is of course not only eminently sensible but it is the duty and responsibility of all honourable senators to avoid making statements which can be interpreted as constituting improper reflections on the character and conduct of the members of this Senate or which otherwise might have the tendency to bring this Senate and its members into disrepute.”

Loading...
Newer Post
Sinanan vows to have all ‘PH’ taxis registered under a year
Older Post
Woman’s body found off Cedros, believed to be victim of Venezuelan shipwreck