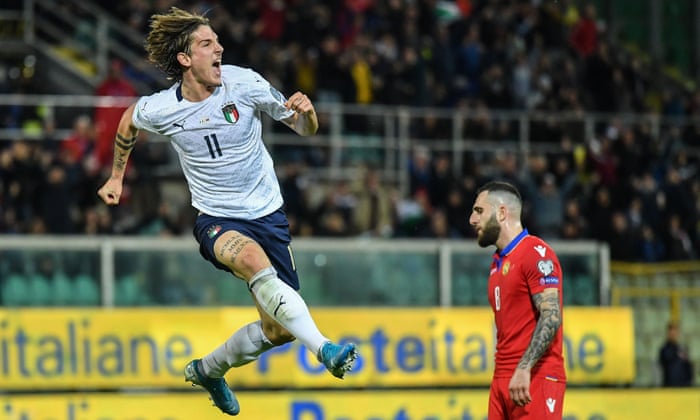 Ciro Immobile and Nicolo Zaniolo scored a brace each as Italy wrapped up their perfect Euro 2020 qualifying campaign with a crushing 9-1 win over Armenia in Palermo on Monday.

Already-qualified Italy registered an 11th straight win under coach Roberto Mancini, as the four-time world champions showed they were back on track after failing to qualify for last year’s World Cup for the first time since 1958.

Mancini’s side has won all 10 of their Group J matches and is assured of seeding in the Euro 2020 draw on November 30 in Bucharest.

“We had the right approach to the game and you don’t score nine goals by chance.

“We have six months to prepare for the European Championship, we need to improve a few things, then the difficulty will be to leave some players at home, they all deserve to be there.

“They are all young lads who are improving game after game, it just takes time. Every player gave everything they had, I had the answers I wanted from them.”

Immobile, 29, started the goal-spree on eight minutes in Sicily, adding a second in the 33rd minute.

Roma midfielder Zaniolo, 20, scored his first goal for the national side on nine minutes, completing a brace on 64 minutes.

Nicolo Barella, 22, also scored in the first half on the front of a crowd of nearly 28,000 on the Mediterranean island. 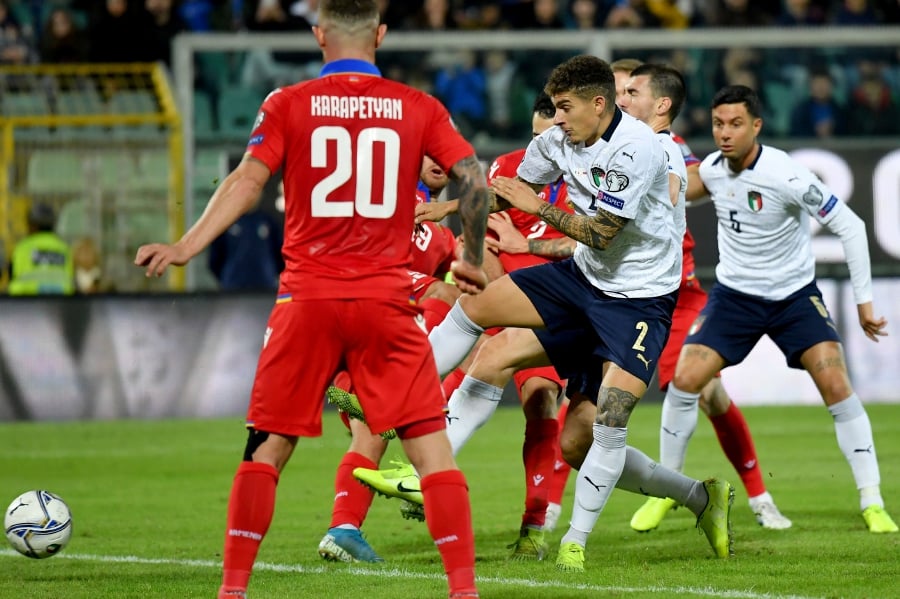 Edgar Babayan pulled a goal back for Armenia 10 minutes from time in a rout which could have been heavier with the Azzurri rattling the woodwork on multiple occasions.

“We have beaten several records but we know that June next year is the only thing that counts,” said captain Leonardo Bonucci.

“Honestly, I have never had so much fun with the national team, we dominated every game.”

“We are aware of our strengths, we have the right mentality and a very good, united group,” said Immobile.

“There are all the ingredients to do well but we have to keep our feet firm on the ground and continue to work hard.”

Zaniolo added: “I’ve made another dream come true tonight, but I realise it must be just the beginning …

“A call-up for Euro 2020 is another dream and I hope to make that come true as well.”

This was not quite either Italy’s biggest international score or their largest margin of victory.

Italian football federation president Gabriele Gravina hailed Mancini for reviving enthusiasm in the Azzurri after the low of their World Cup qualifying disaster.

Italy will target their second European title after 1968 next year, with the opening game of the tournament in Rome.

“We rounded off an extraordinary journey this evening,” said Gravina.

“It’s a special vintage, a 2019 to frame. This is a team that has shown its true value, launching many young players.

“Mancini has put Italy back on the path of success.”

PM: Blame reduced compliance with regulations and not Tobago for rise in COVID numbers 0