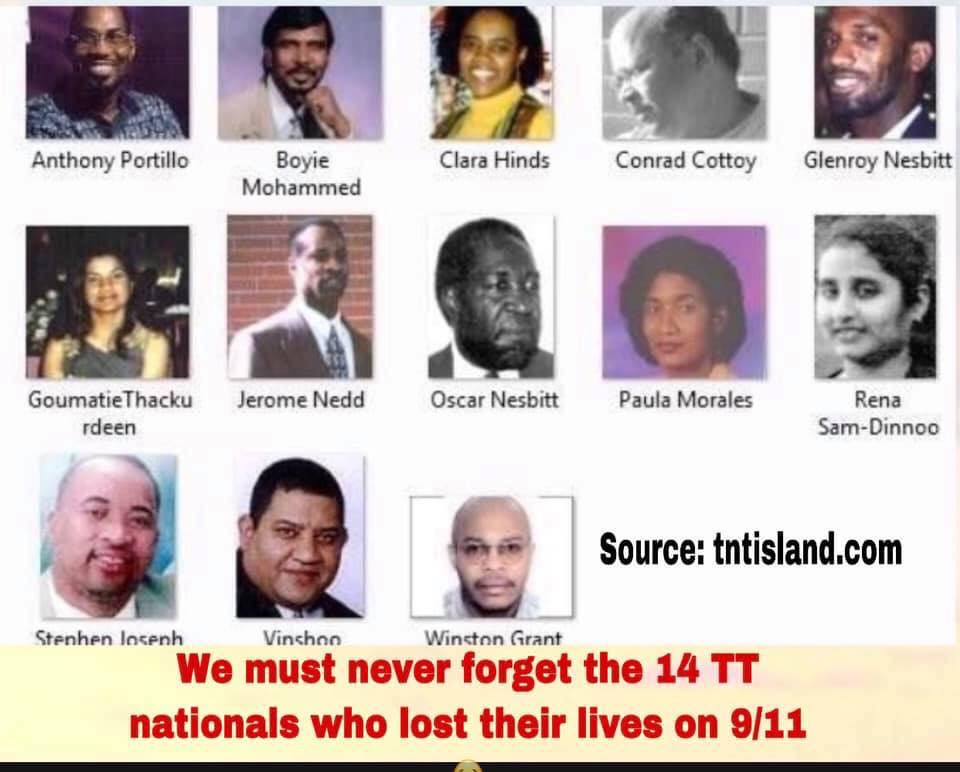 In remembrance of the 14 lives lost during 9/11

On September 11, 2001, the U.S experienced one of the deadliest terrorist attacks ever to hit the country.

Four coordinated attacks by Islamic Group al-Qaeda caused the deaths of over 2500 people including nationals of other countries. Trinidad and Tobago was not spared as 14 of our countrymen lost their lives during the attack.

Today, on the anniversary of the attack, we at Izzso remember those who lost their lives 18 years ago. May they rest in peace.