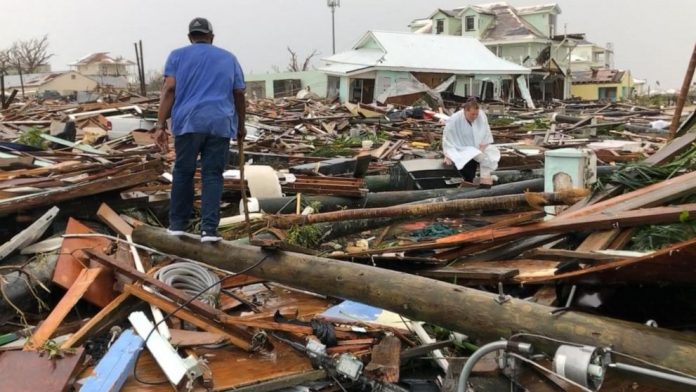 According to a new report published by the Inter-American Development Bank, the total cost of the impacts and effects of Hurricane Dorian on The Bahamas is $3.4 billion, with hundreds dead or missing and impacts on the economy that will last for years.

The estimate comes out to over a quarter of the country’s GDP – or the equivalent of the US losing the combined economic outputs of California, Texas and Florida. The magnitude of the losses requires a new development approach to achieve climate and disaster resilience in areas that range from the location of settlements to redesigning infrastructure and strengthening environmental protection, according to the report, Assessment of the Effects and Impacts of Hurricane Dorian in the Bahamas.

The number of confirmed deaths caused by Hurricane Dorian is 67, with 282 persons still missing as of 18 October 2019. An additional 29,472 persons were affected by the hurricane by damages to their homes and assets.

Between Sept. 1 and 3, Hurricane Dorian struck Grand Bahama and Abaco with punishing winds and storm surges, with the island of New Providence also suffering some impacts. Inadequate construction and infrastructure located in vulnerable areas exacerbated the storm’s impacts.

“It is important that those directly affected by the disaster feel the presence and solidarity of the government throughout the difficult process ahead,” said Daniela Carrera-Marquis, the representative of the Inter-American Development Bank (IDB). “Reconstruction efforts will last many years and will require well-coordinated participation of public and private sectors, civil society and the international community.”

The government of The Bahamas asked the IDB to assess the impacts of Hurricane Dorian. As part of a long-standing partnership, the IDB teamed up with the United Nations Economic Commission for Latin America and the Caribbean (ECLAC) for technical assistance with the valuation. The taskforce was complemented by the Pan-American Health Organization (PAHO).

“Hurricane Dorian left a trail of destruction to houses, essential infrastructure and entire ecosystems that will require major investments,” said Omar Bello, Coordinator for the Sustainable Development & Disaster Unit at ECLAC and a lead author of the report. “The economy and livelihoods will be impacted for years to come from the temporary absence of damaged assets, especially those of tourism and fisheries.”

The Damage and Loss Assessment (DaLA) team of external experts, ECLAC, IDB and PAHO staff started in early October the complex task of collecting relevant baseline and post-disaster data to assess the effects and impacts of the disaster. The results are divided into damage, losses and additional costs. Damage is a monetary estimation of the value of the physical assets partially or totally destroyed in each sector. Losses are monetary estimation goods that go unproduced and services that go unprovided during a period running from the time the disaster occurs until full recovery and reconstruction. Additional costs are outlays required to produce goods and provide services that represent additional spending by the public and private sectors.

The housing sector suffered the highest damage, while the tourism sector bore most of the losses.

Post-disaster the economy is expected to grow 0.9 percent. The impact of Hurricane Dorian is a percentage point of GDP, resulting in a decrease in salaries of $51.3 million and of capital income of $60.9 million.