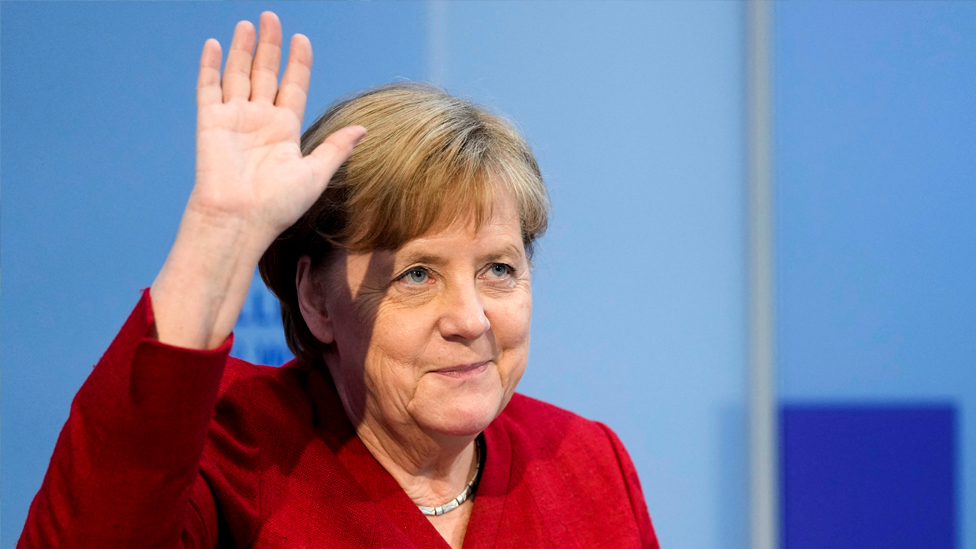 Germans go to the polls to choose Angela Merkel’s successor

The fight to succeed popular, long-serving chancellor Angela Merkel could barely be tighter as Germans go to the polls in parliamentary elections.

The streets of Berlin are hosting the annual marathon, but the biggest race is taking place across the country.

In a final push for votes, the outgoing chancellor joined conservative candidate Armin Laschet at a rally on Saturday in his hometown of Aachen.

Final opinion polls suggest an unlikely victory could be within their grasp.

At stake is the leadership of Europe’s most powerful economy, and more than 60 million Germans over 18 are eligible to vote.

A clear indication will come when voting comes to an end at 6 p.m. on Sunday.

This unpredictable election looked over until Merkel entered the fray, her career at the top of German politics now weeks from coming to an end.

“It really matters who’s in power,” she warned voters repeatedly in the 48 hours before the vote. Her message was that Germany needed stability and its youth needed a future – and Armin Laschet was the man to provide it.

All bets are off

There are plenty of uncertainties about this election. In the run-up, more than a third of voters were still unsure who to vote for, although a record number have already posted their votes in.

For months the opinion polls have swayed this way and that. The conservative CDU and its Bavarian sister party led initially, and at one point the Greens went in front, but then came a surge for the Social Democrats under Olaf Scholz.

Of the three candidates competing for the role of chancellor, it is Scholz who has galvanised voters most. As Merkel’s deputy, it has been easier for him than for his conservative rival to be seen as the continuity candidate.

But even if he wins he will most likely need the support of two other parties to form a coalition.

“The most important coalition for me is with the voters, because the stronger they make the SPD, the easier it will be for me to form a government,” he says. (BBC)