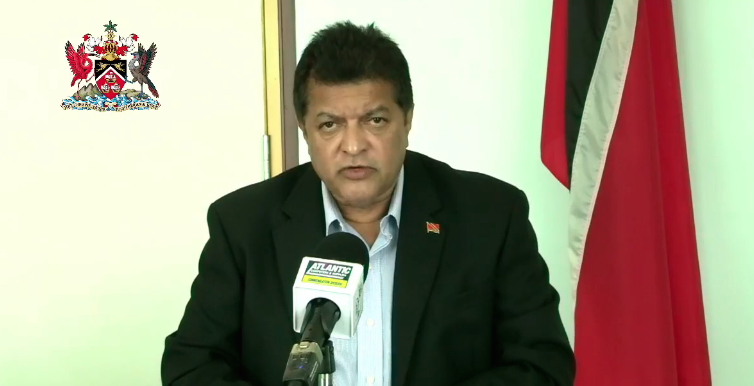 Fyzabad MP, Dr Lackram Bodoe has accused government of taking citizens for a ride where the health sector is concerned.

In a release on Friday, Bodo said, “If the video circulating on social media showing hospital staff and a patient being wheeled through a flooded corridor at one of the nation’s hospitals is true, then the healthcare sector is indeed on the verge of collapse.
“A nurse riding on the back of a health care worker whilst he is pushing a patient through a flooded hospital corridor would be funny , were it not a real scenario in one of our hospitals.”

He said, “In addition to the numerous woes that citizens face on a daily basis at our nation’s health institutions, regarding drugs and supplies, we are now witnessing the fallout from failed / absent preventive maintenance on the aging infrastructure at some of these facilities.

Bodoe added that if the episode depicted on the video is attributable to the heavy rains then it reflects poor planning on the part of the Regional Health Authority to mitigate for such eventualities.
“In either case”, he said, “it reflects the inability of this government and this Minister of Health to maintain a safe physical environment for patient care and for healthcare workers to do their jobs safely.”

Despite spending billions of dollars in the health sector since 2015, Bodoe said this government continues to fall short when it comes to providing satisfactory healthcare for our citizens.

He said, “Whether it is long waiting times for beds, surgery or clinic appointments, or shortage of drugs and essential supplies, the government continues to fail us. Now we are seeing that they are unable to prevent flooding even in our nation’s hospitals!

“Whilst the Minister of Health continues to boast that his Government is providing first class healthcare, the experience of ordinary citizens and patients on the ground tells a different story. It is a story about pain, suffering and frustration.”

According to Bodoe, “Urgent action is required to stem and reverse this decline in the health sector but it is obvious that the current Minister of Health and indeed the current government is incapable of doing this. It is sad that 7 years on and after more than 35 billion dollars expenditure on the health sector, this is what patients in our hospitals have to face.”