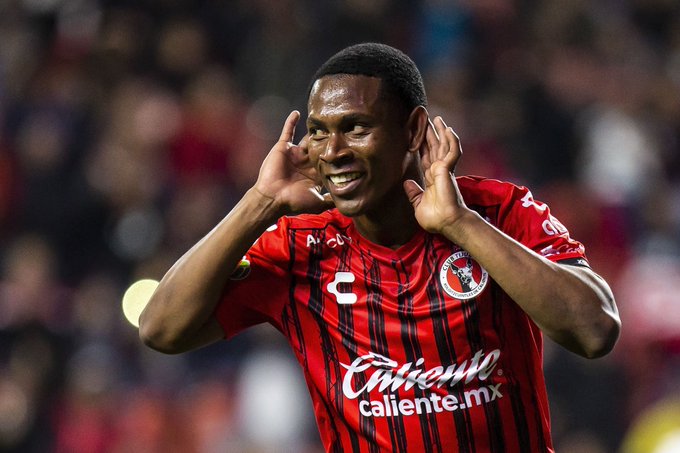 After your participation with Xolos from Tijuana in the 2020 Apertura Tournament of the Liga MX, Bryan Angulo He left for his native Ecuador to spend the holidays, where he has now been involved in a murder that occurred on December 25th.

The Ecuadorian National Police pointed it out in its report as participant of a brawl in which he died a man by name Vicente Paliz Merino, 30 years old, this Friday morning.

“Diligence carried out to the citizen Katherine Betsabeth Ponguillo Giegl. He indicated that he had been at a party celebrating Christmas, that is at around 04:30 in the morning he had received a call from Mr. Vicente Palis, indicating that if he could go to his home located in Fertiza, for which he agreed to He visits her, and after a few minutes Mr. Vicente Paliz arrives at his home where he tells him that if they want to buy beer, it is there that everyone agrees to buy beer and gets on the vehicle of Mr. Vicente Palis, accompanied by the following citizens RAMÍREZ LÓPEZ Mario Ricardo and his aunt, Mrs. María Ponguillo ”, is mentioned in the report that the local newspapers had access to.

“When arriving at the sector called the” GULF “to buy the beers, all the people who were in the place have been alerted and approach the vehicle indicating ‘WHAT IS THE VISAJE, THAT PEOPLE ARE PSYCHOSIED FOR WHAT THEY HAVE ARRIVED’ in That is why the interviewee has told them to be calm that they were only going to buy beer, in that when they are arguing the footballer arrived Bryan Angulo, the same person who began to curse and Bryan Angulo’s wife approaches where Mrs. María Ponguillo, aunt of the interviewee, begins to attack her, for which they immediately put her in the car.

“In that the citizen Bryan Angle was still on the right side insulting when in that discussion he only heard a shot from a firearmIn that, he observes a subject who has the alias of a twin tries to steal the Chain from Mr. Victor Palis, now deceased.

It is also there that he observes Mr. Bryan Angle running off together with his wife where he shouted the following “WITH THE SILVER DANCES THE MONKEY”, getting into a black FORD vehicle and leaving at high speed, after that they have tried to help him injured, but they have seen that he has bled and has lost vital signsIt is there that they have requested assistance by calling 911, with various police units arriving at the scene ”, the report concludes.

Angulo left for Ecuador without knowing his football future, since did not fall within the plans of just for the next tournament and not in those of Blue Cross, the club that owns your letter.

Loading...
Newer Post
Seven new cases of Covid19, no new deaths reported
Older Post
“I Need Space” Tiffany Haddish Says She And Common Are Not Spending The Holidays Together