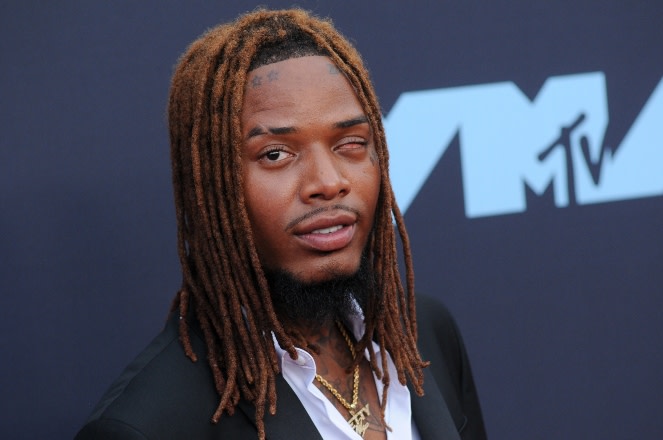 Fetty Wap was picked up by law enforcement on Friday (December 17) after he set off his ankle monitor at the Newark Liberty International Airport.

As reported by TMZ, the “Trap Queen” rapper, who was arrested in New York back in October on federal drug charges, was seen in photos being led away in handcuffs with a ski mask over his face. After Fetty was apprehended, police realized he also had a warrant out for a “public nuisance” charge. The rapper was booked but was able to post bail and has since been released.

The FBI arrested Fetty on October 29 hours before he was set to perform at Rolling Loud New York. The charges were related to the alleged distribution of over 100 kilograms of cocaine, heroine, fentanyl and crack cocaine across Long Island and New Jersey. He was then given his ankle monitor a few days later after posting a $500,000 bond.

A press release from the U.S. Attorney’s Office confirmed Fetty Wap was charged with “conspiring to distribute and possess controlled substances.” Specifically, Fetty Wap was described as “a kilogram-level re-distributor for the trafficking organization.” If convicted, Fetty and his six associates could face life in prison.

Michael J. Driscoll, assistant director-in-charge at the New York Field Office of the FBI, added, “The fact that we arrested a chart-topping rap artist and a corrections officer as part of the conspiracy illustrates just how vile the drug trade has become.”

The 30-year-old rapper recently sat down for an interview with Fat Joe, where he talked about why he fell back after skyrocketing to fame in 2015.

“I felt like I had to do everything myself!” he said. “I put up all the bread for the tours. I paid for all the tour buses. Everything came out of my expenses. It was like, ‘I gotta pay y’all, but I’m paying for everything else!’”