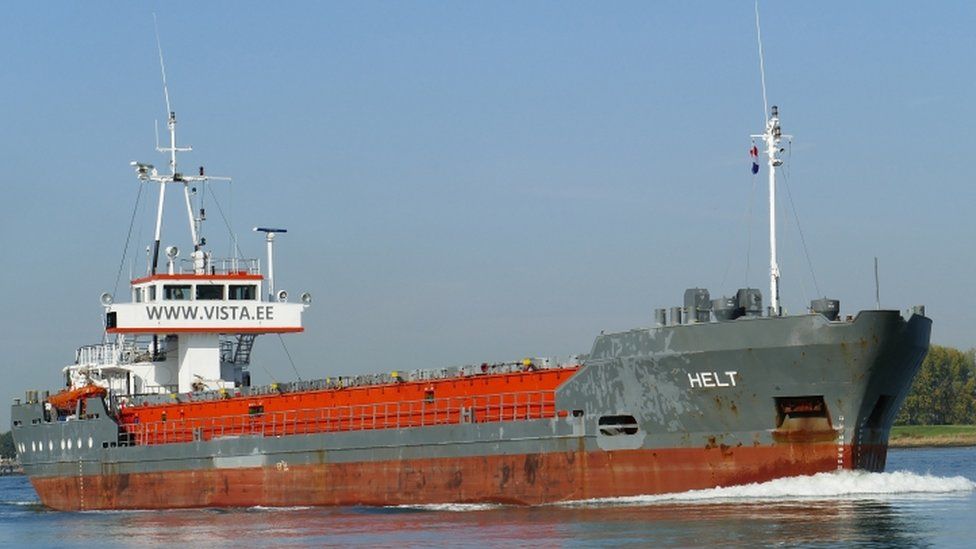 An Estonian cargo ship has sunk off the Ukrainian Black Sea port of Odesa after an explosion, the ship’s owners has said.

According to the BBC, the crew of the Helt was able to abandon ship, but four of its members are unaccounted for and the other two are still at sea in a life raft.

The vessel had been anchored off the coast after leaving port several days ago.

Ukrainian media said the Russian navy had been using the Helt as a shield to hide from Ukrainian weaponry.

The Panama-flagged ship is owned by Estonia-based Company, Vista Shipping Agency. Baltic state Estonia is a member of Nato and has a border with Russia.

Ukraine’s military claimed that Russia is sending amphibious landing vessels to capture Odesa, a city of a million people and a major seaport, as it continues its advance across southern Ukraine.