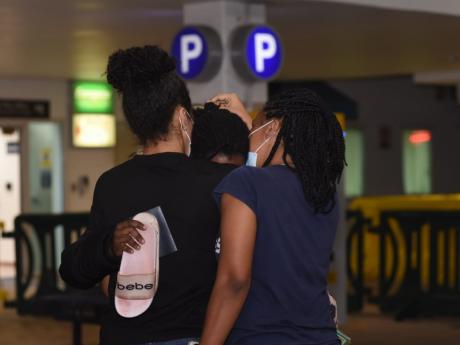 20 students back in Jamaica from war-ravaged Ukraine

It’s not unusual for passengers to applaud when the wheels of an aeroplane touch Jamaican soil, but the cheers that erupted Wednesday evening on-board the Eurowings flight from Frankfurt had added meaning. They signalled the safe arrival of 20 Jamaican students who days earlier had escaped war-ravaged Ukraine.

From early evening, anticipation ran high among staff at Sangster International Airport (SIA), many expressing well wishes for the students and praising the Jamaican Government for bringing them home.

The students’ arrival was tightly managed by the foreign affairs ministry, with only the Jamaica Information Service allowed inside SIA.

Nineteen from among the group of 20 students were whisked away in a waiting bus about 8:30 pm. Arrangements had been made to expedite their way through the usual immigration and Customs procedures.