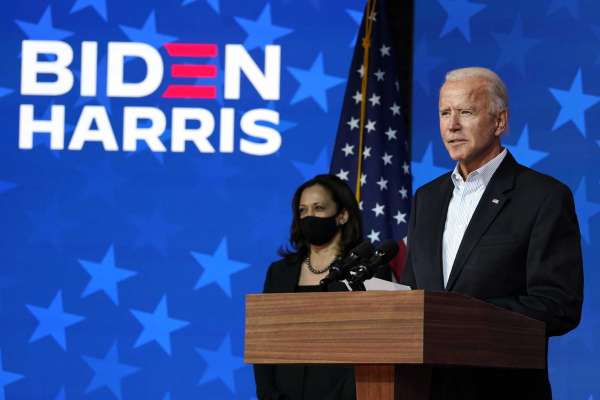 Each of the 50 American states this Monday brings together the group of Major Voters who will choose the next President of the United States, with no surprises expected in the nomination of Democrat Joe Biden.

The Electoral College is the group of Major Voters required by the US Constitution to elect the President and the Vice President, after elections that take place every four years, depending on the vote in each state.

In the November 3rd elections, Democrat Joe Biden got enough votes to secure 306 Major Voters – up from the 270 needed for the majority of the 538 votes at the Electoral College against 232 for Trump.

However, each Grand Voter has the freedom to choose the candidate they will vote for at this Monday’s meeting, and may even disregard the indications expressed by the popular vote.

Analysts say that this year, the two parties have taken extra care in choosing the electoral college delegates, with many dissidents not to be expected, despite the contention of votes by Republicans in various states.

Donald Trump even tried to put pressure on Michigan’s 16 delegates, where Joe Biden won by more than 154,000 votes, but with no apparent success.

The outgoing President invited Michigan state congressional leaders to meet with him in Washington in late November in an attempt to convince them not to validate the ballot results.

In early December, Trump made another attempt in Michigan, this time to get the state congress to choose 16 delegates from the Electoral College to vote for him this Monday, despite the electoral defeat in that state.

According to lawmakers’ reports, Trump personally called several Michigan state congressmen, claiming that, in the face of “electoral fraud”, electoral college delegates should not be representatives of Joe Biden.