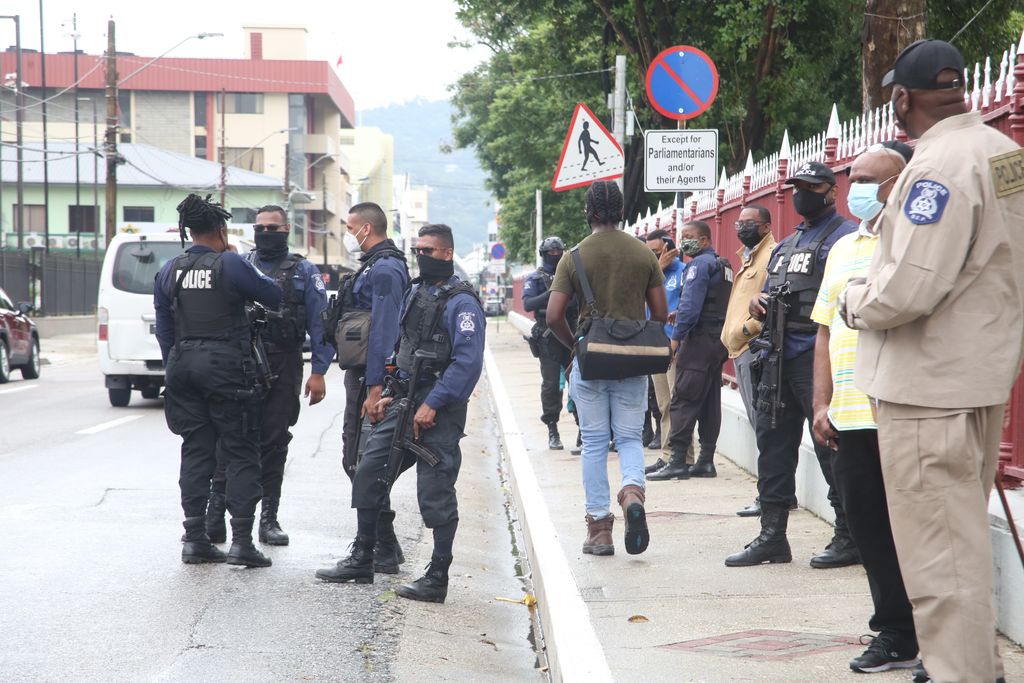 Supporters and members of the Drugs Sou-Sou (DSS) staged another round of protest action opposite the Red House on Friday.

And, the group, said they intend to have more demonstrations if the authorities do not release the millions of dollars recently seized.

The protestors say it is their investment and they cannot wait until the advised three months for an investigation to be completed in order for the money to possibly be returned to DSS founder Kerron Clarke.

The group had no permission for the protest, but were peaceful and followed the public health regulations by keeping an adequate distance between them.

The members said with Christmas around the corner, this “unjust” act could not have happened at a worse time.

DSS is currently on indefinite hold after police seized $7.7 million at the business place in La Horquetta. On September 22, police seized $22 million in cash, but returned it the following day.

Although the next sitting of Parliament is on Monday, they decided to demonstrate outside the Red House because of its significance and visibility.