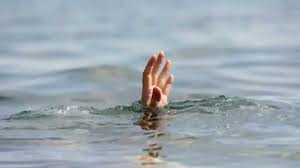 Coast Guard officials have resumed the search this morning for 19-year-old Amarly Lawrence, of Carapichaima, who drowned while bathing at Maracas Bay.

Lawrence of Mungal Trace, Orangefield Road, was with relatives at the beach on Sunday, bathing in waters near the vicinity of Uncle Sam’s food outlet.

It was reported that at around 5.45 p.m. Lawrence and his cousin, Tyresse Lawrence, got into difficulties in the water.
An attempt was made to save them, but only Tyrese was able to be rescued as Lawrence went under the surface of the water and could not be found.

Up until Monday the body was not yet found.

Loading...
Newer Post
Joey Rivers gives back by staging his first ever Junior Calypso Festival
Older Post
US Prohibits Entry to the US from Almost 30 Countries