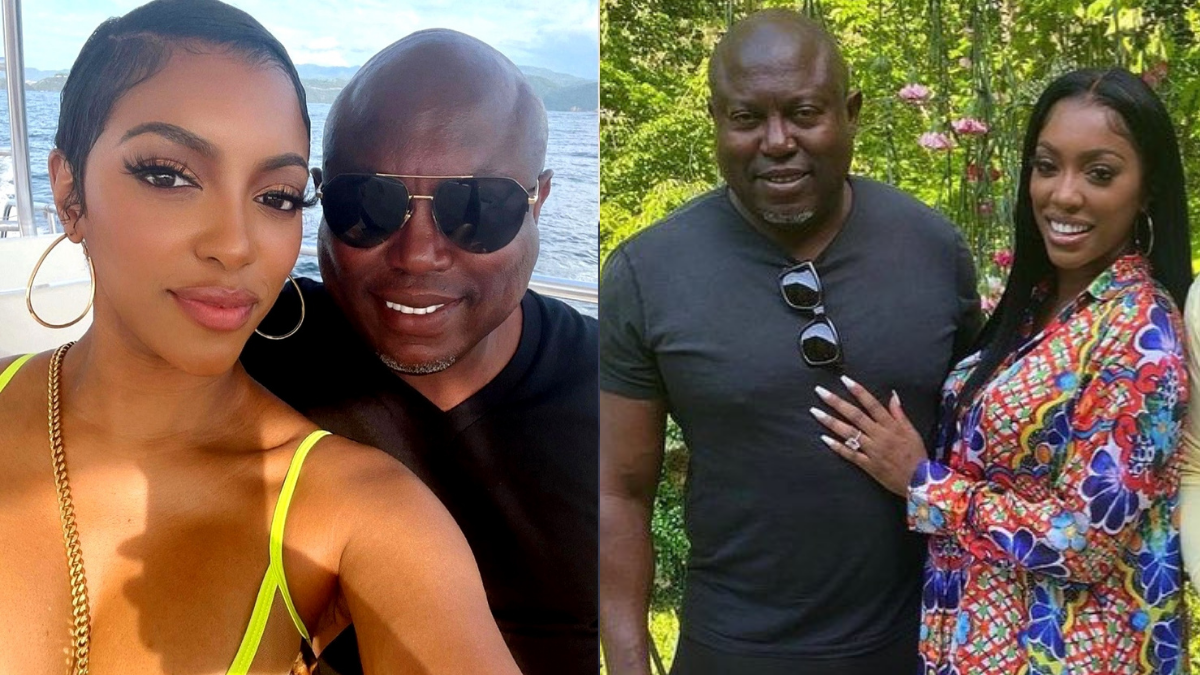 RHOA star Porsha Williams revealed on her radio show “Dish Nation” that she will be walking down the aisle with Simon Guobadia at least three times.

In a recent clip on Instagram, Williams captioned her post with some shade, “Three weddings and a funeral for the haters.”

Fans applauded the reality star for wanting to pay tribute to her husband’s culture at their wedding.

One person commented, “Girl, your husband is from my tribe in Nigeria, the Edo tribe, specifically the ‘Bini tribe.’ I would love to see your traditional attire and look for the day. We usually wear a velvet dress and Ekuku on the head. You will look beautiful as always!”

” I am looking forward to see you as an Edo bride in the Nigerian wedding,” another added.

Williams claimed she and Simon, who is divorcing her “RHOA” co-star Falynn Guobadia, were engaged after a month of dating earlier this month.

“I know it’s fast, but we are living life each day to its fullest,” she said of the whirlwind relationship. “I choose happiness every morning and every night.”

Despite the hasty engagement, Williams and Guobadia’s three weddings may have to wait until the dissolution of his previous marriage. According to People, Simon and Falynn’s divorce hasn’t been formalized, but they have reached an agreement.

On Williams’ upcoming three-part special on Bravo, viewers may get to watch how all of the weddings turn out.

Even though the limited series was intended to be on her family and activism, a source recently informed Page Six exclusively that the reality star’s major life changes may make it onto the show.

“If she’s engaged to him and she’s pregnant with his child, that could change things,” the insider added. “It would obviously become part of the special.”

Director charged with seeking to obtain $4.8M from government 0