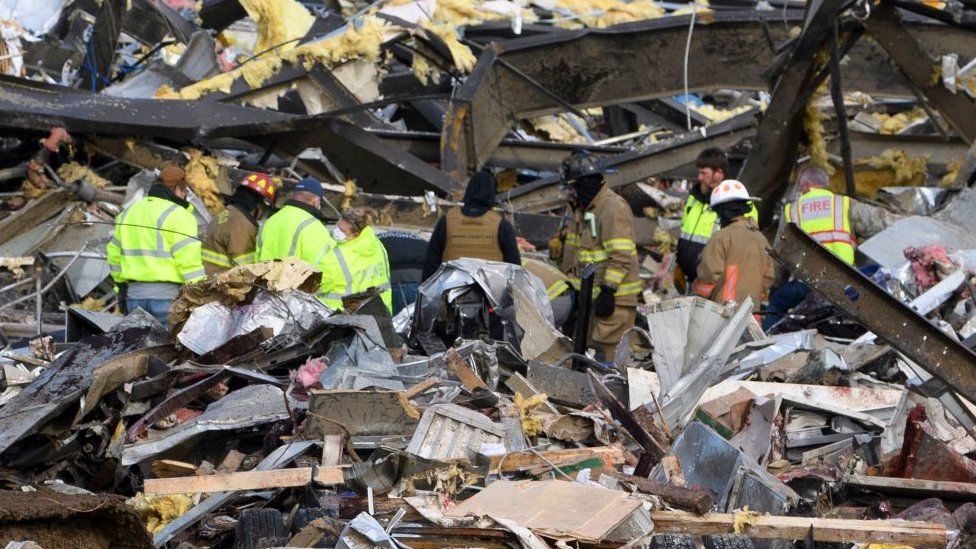 Desperate search for survivors as Tornadoes kill 94 in the US

A desperate search for survivors is under way in parts of six US states devastated by powerful tornadoes that have left at least 94 people dead.
Dozens more people are missing and entire towns were destroyed by about 30 tornadoes on Friday.
President Biden has declared a disaster in Kentucky, the worst-affected state.
At least 80 people have died in the state, including dozens in a candle factory, and the death toll is expected to rise above 100.
Gov. Andy Beshear says the situation is devastating.