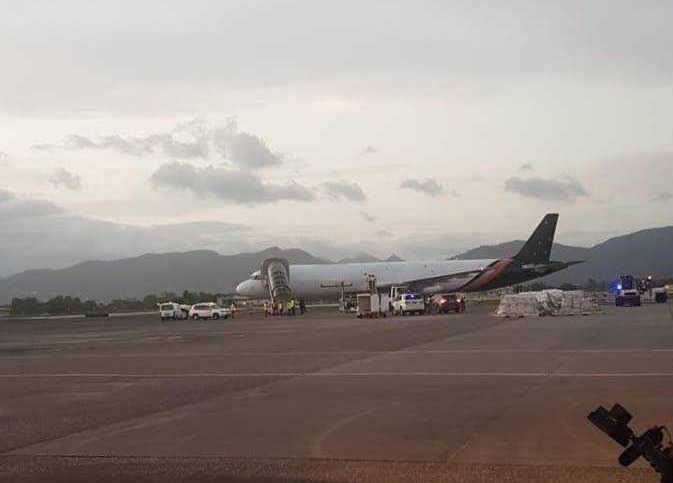 After months of controversy about how many, where they would originate and when they would actually arrive ,the. AstraZeneca vaccines supplied via COVAX have arrived.

The Minister of Health, Terrence Deyalsingh confirmed that the 33,600 vaccines arrived at 6:10 pm via flight AWC 253.

Deyalsingh, the Chief Medical Officer Roshan Parasram and representatives of PAHO and others were on hand to collect them.

Deyalsingh said the vaccines arrived on time and will be inspected and transported for storage before reaching the 21 designated vaccination sites across both islands.

On Saturday during a news conference held by the Prime Minister it was announced that the vaccines were scheduled to enter this country around 6:10 pm today.

The government also announced that its vaccination drive will begin in a week’s time on April 6.

The arrival of the vaccines come just after the Health Ministry announced in its 4pm update that 18 more people tested positive for covid19 over a 24-hour period.
This takes the total number of active cases to 254 at the last count.

Blaxx resting comfortably at home after being discharged from hospital 0