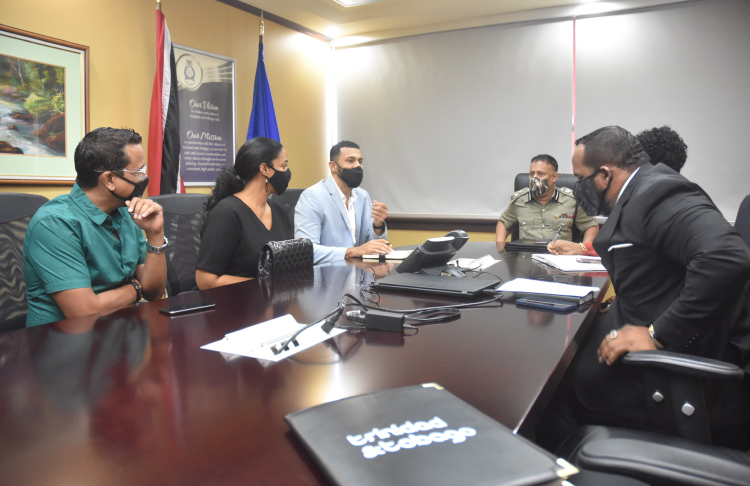 Commissioner Griffith said his position was set when he met with the Executive of the TTPA today to discuss various concerns arising out of the ‘new normal’ it relates to COVID-19 and the creative/entertainment industry.

According to the TTPS the meeting was held at the Police Administration Building, Port-of- Spain.

Among the issues discussed was the concerns raised over social media about the Sekon Sunday virtual event which was held at Queen’s Hall over the weekend.

President of the TTPA, Mr. Jerome Precilla, agreed with Commissioner Griffith TTPA and said that the Association intends to advise its membership to adhere to protocols and guidelines implemented by the Government.

The CoP revealed that once he is informed of the Association’s virtual events, there will be an active police presence to monitor the
proceedings and to ensure compliance of the Public Health Regulations.

This partnership, he outlined, will see to the avoidance of breaches, such as congregating and failing to wear mask.

The CoP said the presence of police officers at any event will act as a greater deterrent to law-breaking than security guards.