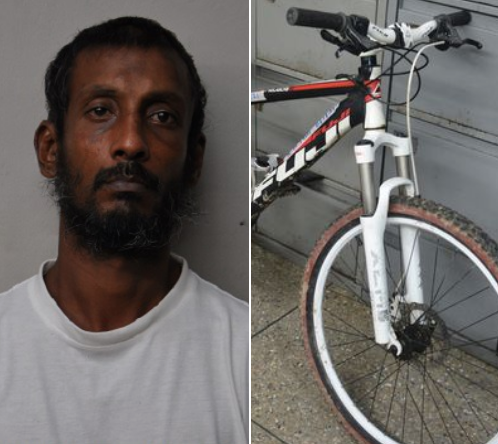 A Penal man was sentenced to 30 days’ hard labour by a Siparia Magistrate after pleading guilty to larceny of a bike.

VISHAL CHATTERGOON, 34, of Gopie Trace, Penal, appeared before a Siparia Magistrate on January 8th charged with larceny bike following a report made to police in October 2020.

CHATTERGOON was arrested on January 6th and charged the following day by PC Heeralal of the Penal Criminal Investigations Department (CID).

According to the victim, he left his white mountain bike at his Gopie Trace, Penal, home around 7 am on October 3rd, 2020, and returned home after lunchtime to discover the bike, valued $8,000, missing.

A report was made to police and an investigation was launched into the report.
The investigation resulted in officers recovering the bike and arresting CHATTERGOON in connection with the report.