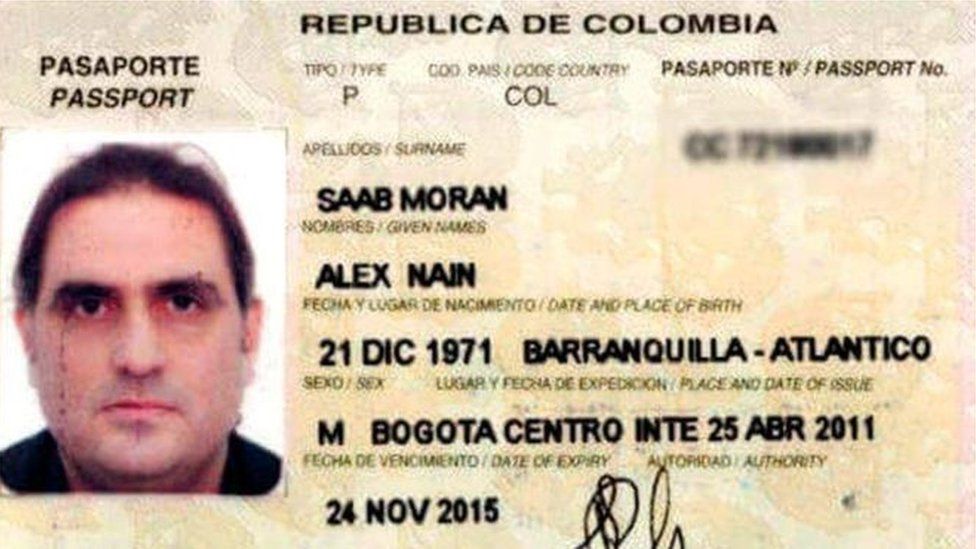 One of President Nicolás Maduro’s closest aides has been extradited from Cape Verde to the United States, where he’s been charged with money laundering.

The US Treasury says Alex Saab worked as a front man for Mr Maduro’s regime.

The talks were to resolve a political crisis that has led to violence and the collapse of the economy.

The discussions had been due to resume this weekend in Mexico.

The US Treasury accuses Mr Saab – a Colombian-born businessman and Venezuelan envoy – of using his accounts in American banks to launder the proceeds of corruption.

He was detained in June last year as his plane made a stopover to refuel in Cape Verde.

Mr Saab said he was travelling on an official mission to obtain medical supplies to deal with the Covid-19 pandemic. He denies all the charges and says they are politically motivated.

The Venezuelan government has accused the US of kidnapping diplomatic personnel and announced the suspension in negotiations with the opposition that were set to resume this weekend.

Mr Saab was due to be a member of the government’s negotiating team in talks with the opposition in Mexico.

The suspension of talks was announced by ruling Socialist party legislator Jorge Rodriguez, who heads the government’s negotiating team.

Mr Rodriguez called the decision “an expression of our deepest protest against the brutal aggression” against Mr Saab.

Mr Saab is accused of making large amounts of money from overvalued contracts, as well as from Venezuela’s government-set exchange rate and centralised system of import and distribution of basic foods.

Venezuela has faced chronic shortages of food and medicine as a result of years of political and economic crisis.

Colombian President Ivan Duque tweeted that Mr Saab’s extradition was “a triumph in the fight against drug trafficking, money laundering and corruption by the dictatorship of Nicolas Maduro”.