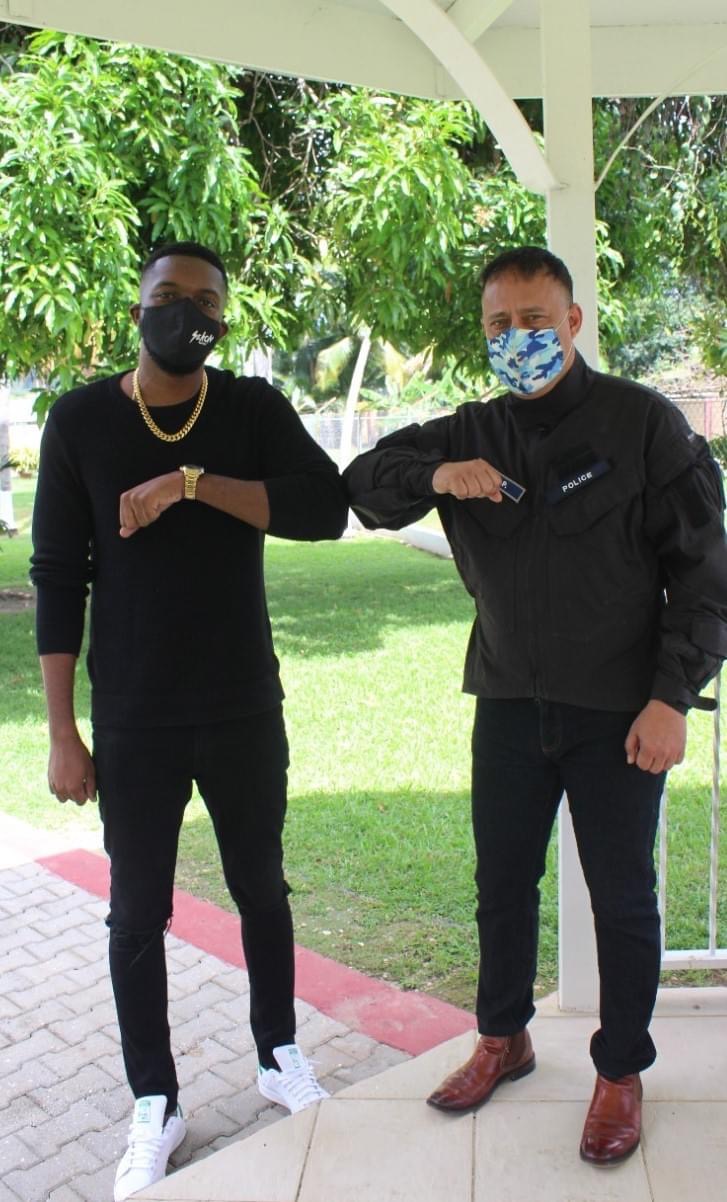 CoP may be T&T’s next big Soca star

It is usually the norm to have some sort of bacchanal, mis-understanding, mis-communication and then a turn around of events during Trinidad & Tobago’s Carnival season.

However this year even though the country is not having an actual Carnival, the energy and spirit is still there; now it’s being done virtually.

Live streamed and virtual shows and interviews have been buzzing since the start of the new year and there’s no stopping it; now that Soca artiste Sekon Sta, and the Commissioner of Police, Gary Griffith, discussed what took place on Sekon Sunday and the inner workings of his show which was held at Queen’s Hall.

The CoP took time today to have a light-hearted conversation at the Commissioner’s residence in St James and there’s no telling if he has a future in becoming the next big ’Soca Star’.

CoP Griffith earlier in the week said that the TTPS is exercising an element of “flexibility,” and will be working very closely with the TTPA to ensure compliance of the Public Health Ordinance.

While the CoP is welcoming virtual events, he asserts that there “must be a degree of control and no breaches of the Public Health Ordinance.”

Close to 100 policemen from Central Division in quarantine 0