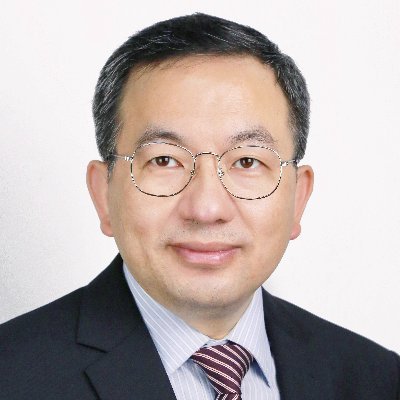 With 100,000 doses of the Sinopharm vaccine due to arrive in this country next Tuesday, China’s ambassador to T&T Fang Qiu is urging citizens to follow the science and not listen to the misinformation being shared about the vaccine.

In a letter to the people of T&T, Fang Qiu said: “At this crucial point where science and reason should be leading the way, any kind of politicisation and stigmatisation of vaccines should be opposed, as this “political virus” can cost lives just as the Covid-19 virus does and even worse. At this critical moment where selfless service should be prevailing, any kind of political reckoning out of self-interest should be opposed, as whatever we do we should do it for the people’s greater good.”

“I also note with pity that, either being misled by some west media with “Anti-China Syndrome”, or having not done any fact-checking or field study, some people are seeing China as what it was in the last century, thus are jumping to negative comments on China-related matters. Over the past decades, Chinese people have brought about enormous progress on economy, environmental protection, science and technology, infrastructure and many other fronts. Such changes are taking place every minute while I am writing this.”

Qiu confirmed that Chinese President Xi Jinping and Prime Minister Dr Keith Rowley spoke via phone on March 16 and during the conversation, vaccination co-operation was discussed. The letter stated that in that conversation, “China reiterated its commitment to facilitating vaccines accessibility and anti-pandemic efforts for the wellness and well-being of the people of Trinidad and Tobago.”

This led to the donation of the vaccines which are set to reach T&T next week.

Qiu noted “On May 7, after going through all stringent assessment including an on-site inspections of its production facility, the Sinopharm Covid-19 vaccine was approved into Emergency Use Listing (EUL) by the World Health Organization for it to be rolled out globally. As WHO Director General Dr Tedros said the Sinopharm vaccine received WHO validation because of its “safety, efficacy and quality”.

“On the basis of all available evidence, the WHO recognises that this vaccine efficacy for symptomatic and hospitalised disease was estimated to be 79 per cent, all age groups combined, and recommends it for adults 18 years and older,” Ambassador Fang Qiu said.

He added, “Actually, even before the WHO EUL approval, this vaccine has been authorised for use in 45 countries/jurisdictions and over 65 million doses have been administered through various emergency use programs. Many heads of state or government have publicly received jabs of this vaccines, casting votes of confidence in its safety and efficacy.”

Loading...
Newer Post
TT to receive EU funding to assist Venezuelan migrants and their children
Older Post
Teachers told not to risk their lives by going to schools

Huawei founder calls for decentralisation to survive US trade sanctions 0