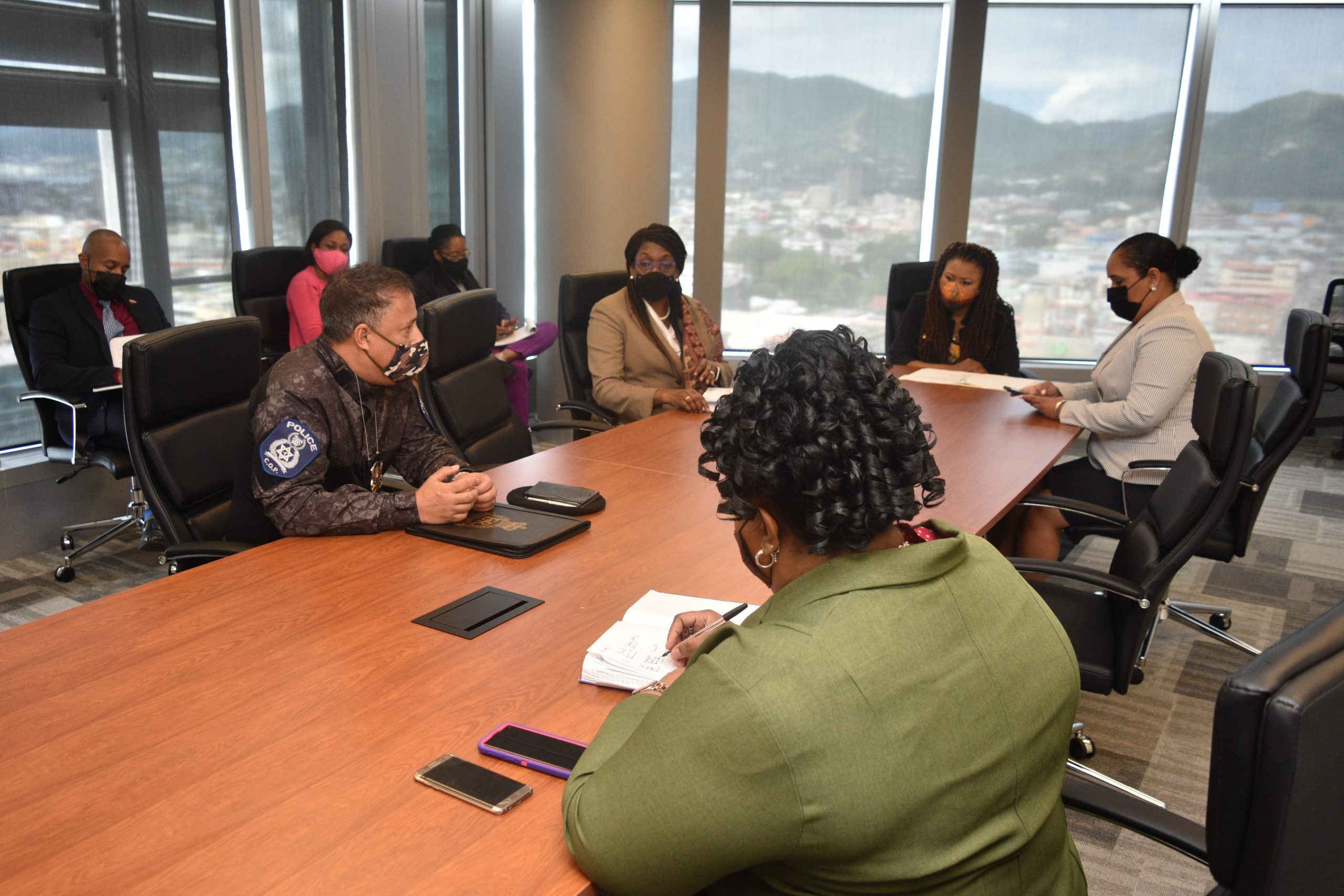 The meeting, requested by Commissioner Griffith, was held at the Ministry of Education Tower, Port-of-Spain.

In a release issued this afternoon by the TTPS, Commissioner Griffith said the TTPS is steadfast in ridding the nation of crimes which are affecting children, through a sustained, holistic, and strong-handed approach.

Supt George said the CPU intends to increase its virtual presence within the educational system, utilizing the existing virtual platforms of the Ministry of Education (MoE).

She said the CPU will intervene through strategic collaboration with Principals to identify issues and tailor specific messages and responses to the problems unique to each school and child.

Supt George said the CPU also proposed further partnership with the MoE with targeted educational campaigns to children about their rights and privileges, uncomfortable touching, and how to get the help from the CPU. These campaigns should be aired on both local and cable networks, she strongly advised.

Supt George said there was also the need to educate adults, more so parents and guardians, on how to pick up identifiers, and how to understand when their child is subjected to abuse.

She explained that many parents were unaware of abuse until CPU officers show up at their doorsteps. She said that these efforts will be coupled with edifying parents and guardians on their responsibilities under the Children’s Act.

Supt Guy-Alleyne echoed the sentiments of her CPU counterpart, and suggested that, with the approval of the MoE’s Student Support Services Division, the GBVU will address domestic issues facing children.

She said children are afforded protection under the amendments of the Domestic Violence Act in particular those ranging between16-18 years who can secure protection orders without their parents’ consent.

She also said the GBVU encourages the use of TTPS App for young people to report domestic and/or gender-based violence which the GBVU is committed to investigating and bringing about justice. She disclosed that the Unit’s outreach programmes will also target the Police Youth Clubs.

She revealed that programmes will be aimed at sensitising youth on various types of crime to which they may be susceptible, providing coping mechanisms towards minimising repeat victimisation, building resilience in youth survivors of crime, and providing healthy alternatives to youths who are at-risk whether due to environment or experience.

The initiative, she said, will be expedited in 2021 with a focus on secondary schools where the youth would be educated on the dynamics and managing sexual exploitation towards males and females, homicides, human trafficking, and other related crimes impacting school-aged children.

Changes coming for Driving Schools across the country 0