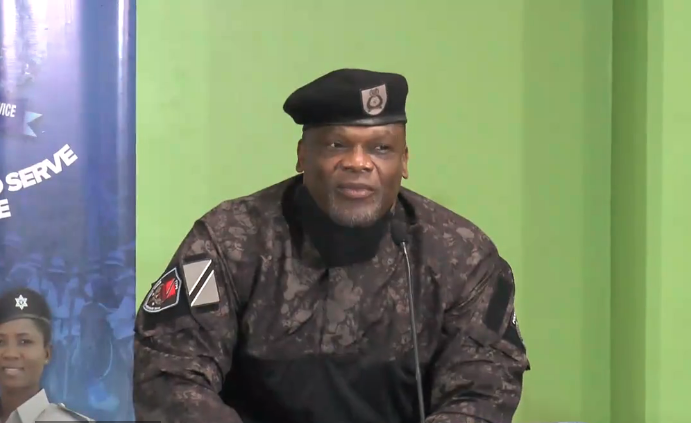 Alexander, who is Superintendent (Ag.) for the North Eastern Division, replaces Insp Mark Hernandez, who is now on suspension after being charged with misbehaviour in public office, in connection with the deaths of Joel Balcon and Andrew Morris, two of the men suspected of kidnapping and murdering Andrea Bharatt in January.

Speaking at the TTPS media briefing this morning, Commissioner Griffith said he has heard all the rumblings as it pertains to SORT and the matter involving Hernandez, but he assured that SORT is here to stay and is not going anywhere.

He said SORT will continue to work with transparency and within the law and they intend to be bigger, better and serve the public in a more efficient manner.

Alexander, speaking to media after being unveiled as the new SORT head, said the team requires at this time, experience, policing, and the ability to bring the public closer together.

He said the proliferation of guns means he has to do something different to give the public confidence that they can go about their unlawful business.

When asked if he will continue to co-host the TV6 crime show Beyond the Tape, Alexander did not say yes or no, but said that everything they do must be accounted for and the public must be made aware of what they are doing.

6 men arrested for possession of ammunition seized in Laventille 0