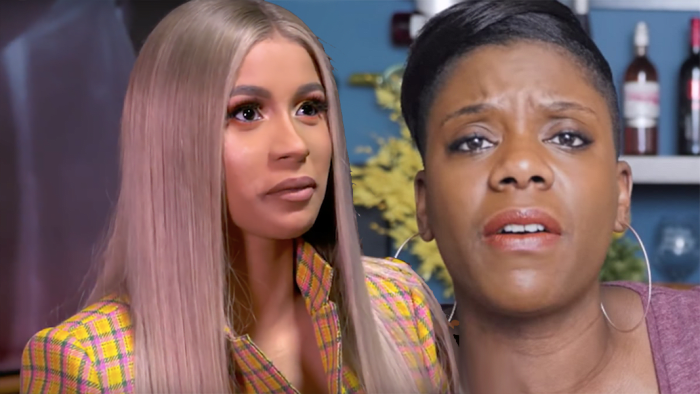 Cardi B was granted a victory in her defamation lawsuit against YouTuber, Tasha K.

The case was tried in an Atlanta federal courtroom after the superstar filed a libel lawsuit in 2019 against the Youtuber.

Tasha K whose real name is Latasha Kebe, was accused of spreading unsubstantiated claims about Cardi B.

On Monday Kebe was found liable on 3 separate claims, and Cardi’s been awarded at least $1 million.

According to the judge, any potential punitive damages Kebe might owe the rapper will be determined in a future hearing.

A BallertAlert report states “that the 2019 lawsuit cited numerous social media posts and more than 38 videos uploaded by Kebe that referenced the rapper, including, “Cardi B “f***** herself with beer bottles on stripper stages.”

Another post by Kebe also claimed Cardi contracted herpes, which later turned out to be false after a Los Angeles hospital turned over records of STD tests performed on Cardi.

A judge on the case confirmed those records were “not helpful” to Kebe’s defense, which means they likely showed a negative test result.

On the fourth day of the week-plus long trial, the rapper took the stand telling the jury she felt “extremely suicidal” following allegations made by YouTuber Tasha K.