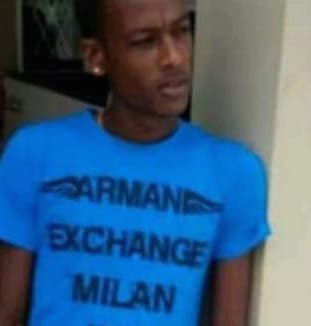 Police are seeking the public’s help in locating Sheldon Solomon.

Solomon reportedly left his child mother’s apartment on Friday, 1st April, to return to his father’s home in Morvant and was last seen around 10:30pm on the said date, during a stop and search exercise.

A missing person report was made to the Morvant Police Station.

Anyone with information on Solomon can contact the Morvant Police Station, 555, 999 OR 800- TIPS or any other police station.