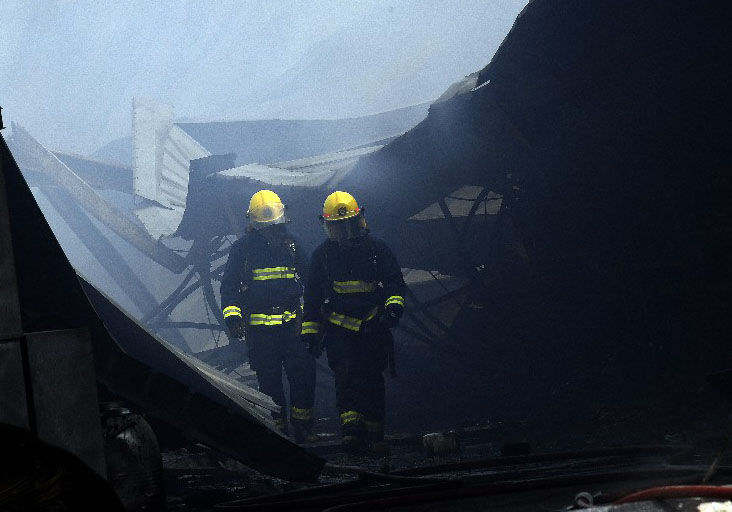 A 34-year-old California resident is currently in police custody assisting the police with their investigations into a report of arson Thursday.

At 1.30 am on September 23rd, a man retired to his bed and was later awoken from sleep by smoke which was emanating at the back of his two-storey house.

The man subsequently made checks and realised that his California home was ablaze.

He later contacted emergency personnel and appliances from the Trinidad and Tobago Fire Service, Savonetta Fire Station, were dispatched to the location.

Officers of the Couva Police Station also responded to the distress call.

The fire was extinguished with no reported injuries.

Meanwhile, police arrested a male suspect who is assisting them with enquiries into a report of arson.

The estimated value of the damage is yet to be determined.

PC Douglas of the Couva Police Station is continuing investigations.

Loading...
Newer Post
MSJ Claims The Proof Is All Around Us The First Republic Is Finished.
Older Post
Cheryl Pulls Out Of Birmingham Pride Festival Over Sarah Harding Grief.