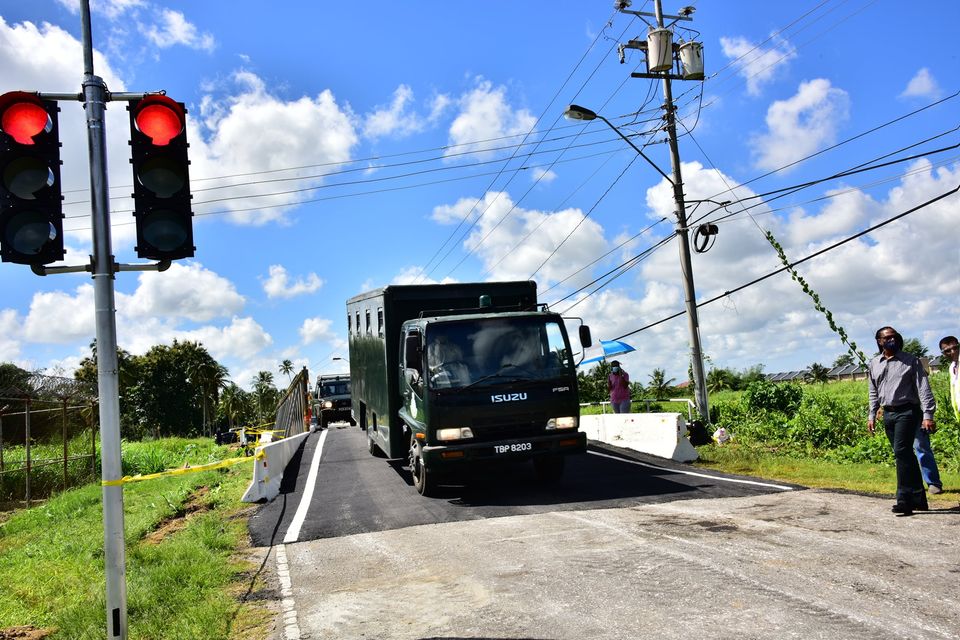 The Golden Grove Road in Arouca is reopen to traffic, following the temporary installation of a Bailey Bridge over the Arouca River on Tuesday.

The single lane Bailey bridge was successfully installed along the route by the Ministry’s Bridges Branch.

This comes a week after the original bridge collapsed on October 13. 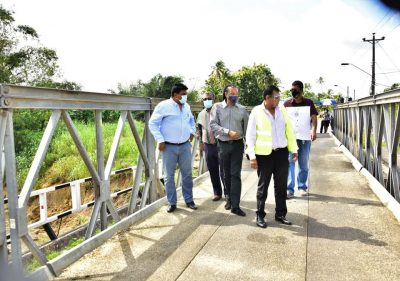 Sinanan said the ministry is working on plans for a new bridge, and assured that it shouldn’t take more than 8 to 10 months. He said the designs, which he expects will take 6 weeks, will be done by the Programme for Upgrading Roads Efficiency (PURE) unit.

The cause of the collapse was said to be the age of the bridge and erosion.

In light of the installation of this temporary bailey bridge, the Works Ministry has now made the PBR off limits to private vehicles once again.

Eight More Families Grieving The Passing Of Their Loved Ones Due To Covid-19 In TT. 0

Assault turns into murder case as man dies from injuries 0