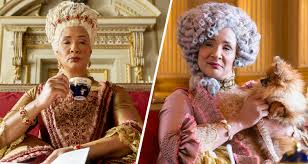 Bridgerton spin-off about Queen Charlotte in the works

Ladies and gentlemen, prepare yourselves. Netflix has announced a Bridgerton spin-off about the Queen! And Shonda Rhimes herself will be writing it.

Indeed, in news set to be the talk of the season (or, at least the weekend), the new series will focus on the origin story of Queen Charlotte. We’ll also get the backstories of Lady Danbury, the mentor of season 1’s The Duke/Simon, and of a young Violet Bridgerton, mother to the eight Bridgerton siblings, and wife to the great love of her life, the late Edmund Bridgerton.

“Many viewers had never known the story of Queen Charlotte before Bridgerton brought her to the world, and I’m thrilled this new series will further expand her story and the world of Bridgerton,” Netflix’s Bela Bejaria said in a statement. “Shonda and her team are thoughtfully building out the Bridgerton universe so they can keep delivering for the fans with the same quality and style they love. And by planning and prepping all the upcoming seasons now, we also hope to keep up a pace that will keep even the most insatiable viewers totally fulfilled.”

Rhimes will write the series. She will also executive produce the new prequel spin-off alongside Betsy Beers and Tom Verica.

“All Hail The Queen! Thrilled to announce we’re expanding the Bridgerton universe with a limited series that will tell Queen Charlotte’s origin story — the series will also feature young Violet Bridgerton and young Lady Danbury,” read a tweet from the Netflix Bridgerton account on Friday.

All Hail The Queen!

— Netflix (@netflix) May 14, 2021
Queen Charlotte of Mecklenburg-Strelitz became a breakout character in the first season of the hit Netflix series from Shondaland, which was seen by 82 million households, per the streamer. She was married to King George III, aka Mad King George, and ruled for nearly six decades. Charlotte died in 1818 at the age of 74. In Bridgerton season 1, she was played by Golda Rosheuvel. Netflix purposely cast the role with a black actress as historians believe the real-life queen was of African descent.

“Many historians believe she had some African background. It’s a highly debated point and we can’t DNA test her so I don’t think there’ll ever be a definitive answer,” Bridgerton author Julia Quinn said in an interview with The Times,

“It was very much a conscious choice, not a blind choice,” Quinn added.

In addition to the prequel spin-off news, Netflix announced that Jess Brownell (Scandal, Bridgerton) will serve as showrunner for seasons 3 and 4.

Sadly, there’s no title for the Queen Charlotte series as yet, but more details are expected in the weeks ahead.