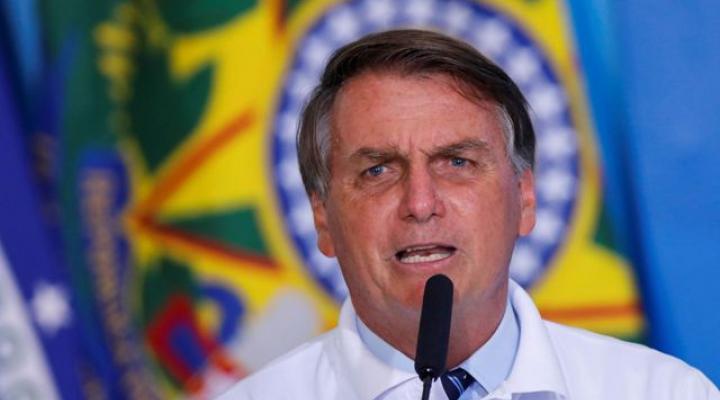 Brazilian President Jair Bolsonaro completely lost his composure this Wednesday afternoon during a lunch with ministers and artists in Brasilia, and used various profanity to attack the press, his favourite target. In response to press reports that his government last year bought the impressive number of two and a half million cans of condensed milk, Bolsonaro knows how to explode.

“When I see the press accuse me that I bought two and a half million cans of condensed milk … Go to the *** that gave birth to them.” – Barked Bolsonaro, and then, addressing the journalists, shooting more insults : “The cans are to be put in the butt of the press. That shitty press we have in Brazil.” – shouted the head of state, to the delight of the followers who accompanied him at lunch, for which a great steakhouse in Brasilia.

This week, the disclosure of food expenses to the Presidency of the Republic and other federal agencies in Brasilia shocked Brazilians and is already provoking requests from opposition parties to create a Parliamentary Commission of Inquiry, given the unusual of some of the products purchased and their quantities, which raise suspicions of diversion of funds.

Condensed milk alone, according to figures from the government itself, two and a half million cans were purchased, without justifying where they were used, in addition to many millions of chewing gum, another product that is difficult to explain in a government agency.

The issue of cans of condensed milk drew particular attention, because Jair Bolsonaro is truly passionate about the product, which he advises all who follow him. There were famous images of a breakfast in which Bolsonaro opens a small roll in half on the table and, instead of butter or something more common, he spills an enormous amount of condensed milk on the two parts, which he then eaten savagely.