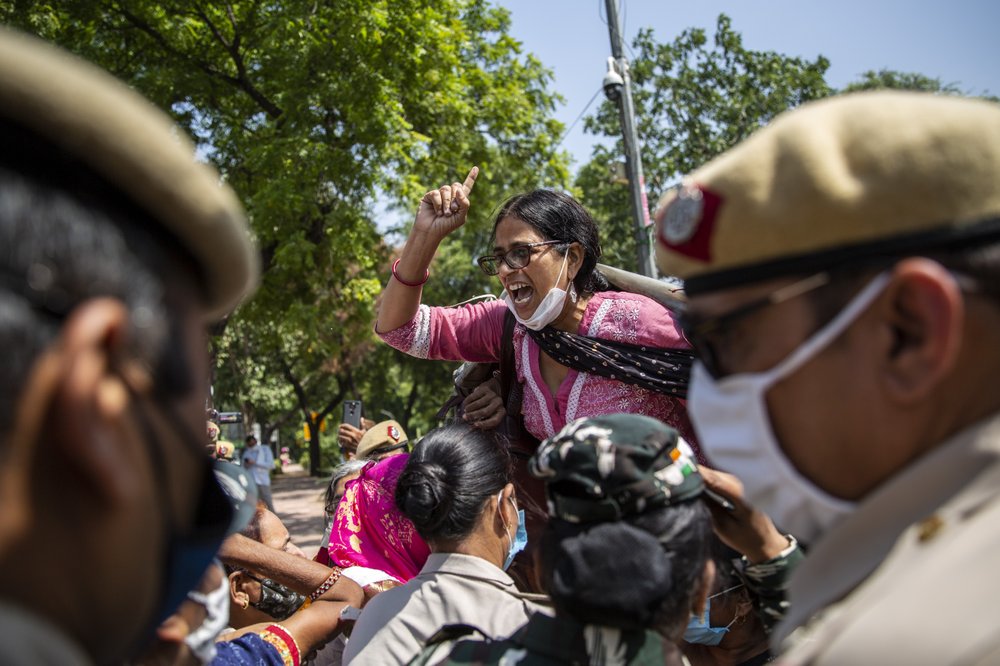 Indian federal investigators will take charge of the investigation into the alleged gang rape and death of a young Dalit woman that sparked national outrage and days of protests.A special Uttar Pradesh state police team that investigated the incident will soon hand over to the Central Bureau of Investigation (CBI), a police spokesperson said on Sunday.

The 19-year-old – who belongs to a marginalized group formerly known as the ‘untouchables’ – was assaulted in a field outside her village in Hathras district, northern Uttar Pradesh, September 14.

She was seriously injured and died two weeks later in a hospital in the Indian capital, New Delhi.

The attack on the teenager was the latest case highlighting forms of sexual and other violence against India’s 200 million Dalits, who are at the lowest level of the caste system and have always been discriminated against despite laws designed to protect them.

Four villagers, who belong to the privileged and influential community of Thakur, have been arrested in connection with the crime.

Five senior police officials, including the district police chief, were suspended for the investigation amid criticism of law enforcement actions – including the cremation of the woman’s body in the midst of at night against the will of his family.

Local authorities barricaded the village after the cremation to prevent opposition politicians and the media from meeting with the victim’s family. The decision was overturned on Saturday after much criticism.

Meanwhile, controversy has erupted over a government forensic lab report that supports Uttar Pradesh police’s claim that the young woman was not raped.

Doctors who treated the woman, however, dismiss the report, saying the samples were sent to the lab 11 days after she was assaulted.

The decision to hand the investigation over to the CBI was announced by the Uttar Pradesh Chief Minister’s office on Saturday evening, shortly after opposition party leaders in Congress Rahul Gandhi and Priyanka Gandhi, visited the victim’s family in Hathras.

The incident came months after four men were hanged for the gang rape and murder of a student in 2012 on a bus in New Delhi, a case that rocked the country.

On average, nearly 90 rapes were reported every day in India last year, according to data from the National Crime Records Bureau (NCRB), but large numbers are believed to go unreported.

In 2019, more than 500 Dalit women were raped in Uttar Pradesh alone, according to NCRB data, while the national figure for the same year was more than 3,500.