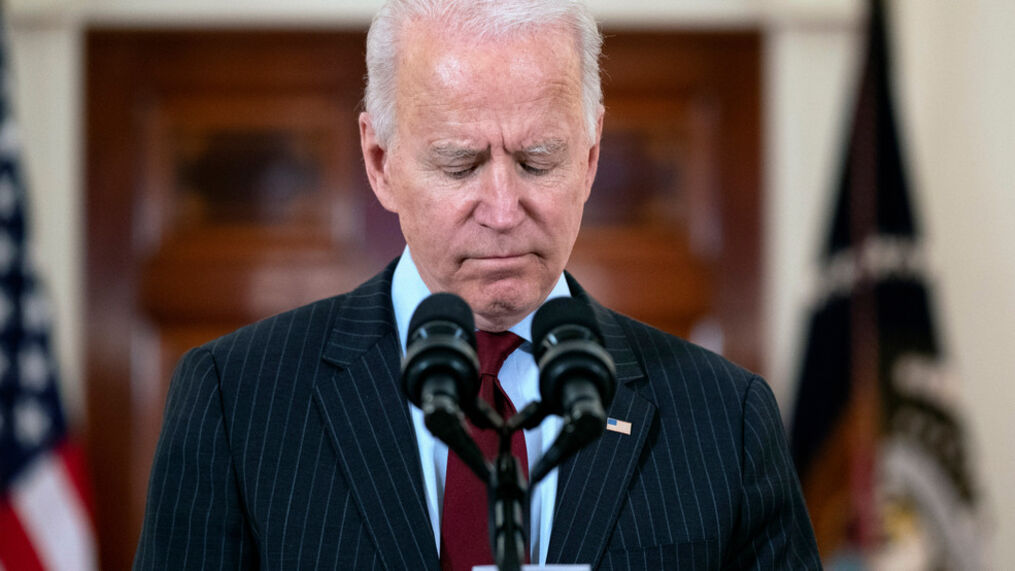 President Joe Biden has addressed the nation as the US passed the figure of 500,000 Covid-related deaths, the highest number of any country.

“As a nation, we can’t accept such a cruel fate. We have to resist becoming numb to the sorrow,” he said.

The president and vice-president, and their spouses, then observed a moment of silence outside the White House during a candle-lighting ceremony.

What 500,000 US deaths look like
“Today I ask all Americans to remember. Remember those we lost and remember those we left behind,” President Biden said, calling for Americans to fight Covid together.The president ordered all flags on federal property to be lowered to half mast for the next five days.

At the White House, he opened his speech by noting that the number of American deaths from Covid was higher than the death toll from World War One, World War Two, and the Vietnam War combined.

“We often hear people described as ordinary Americans,” he went on to say. “There’s no such thing, there’s nothing ordinary about them. The people we lost were extraordinary. They span generations. Born in America, emigrated to America.”

“So many of them took their final breath alone in America.”

He drew on his own experience with grief – his wife and daughter were killed in a car crash in 1972 and one of his sons died from brain cancer in 2015.

“For me, the way through sorrow and grief is to find purpose.”

Mr Biden’s approach to the pandemic is different to his predecessor, Donald Trump, who cast doubt on the impact of the deadly virus and was viewed as having politicised the wearing of masks and other measures needed to prevent the spread of the virus.

On 19 January, one day before Mr Biden took office, he held an event to mark 400,000 Americans dying of the disease.

Elsewhere in Washington, the bells at the National Cathedral tolled 500 times, once for every 1,000 Americans lost during the pandemic.

Although numbers are now going in the right direction, hospital admissions – and deaths – remain high, as the key statistics show:

The 28.1 million confirmed US infections is nearly double that of second-highest India (11 million) and Brazil (10.1 million), according to Johns Hopkins University research
But the US ranks ninth in terms of deaths per 100,000 population, behind countries like the UK and Italy

At least 90,000 more Americans are expected to have died with the virus by 1 June, an Institute for Health Metrics and Evaluation (IHME) projection says. By late May, the virus will kill around 500 Americans per day – down from approximately 2,000 now
Hospital admission rates have fallen for 40 straight days
Average vaccine administrations per day now stand at 1.7 million, twice as many as when Mr Biden took office
The growing number of variants, which could spark new deadly outbreaks, remains a concern