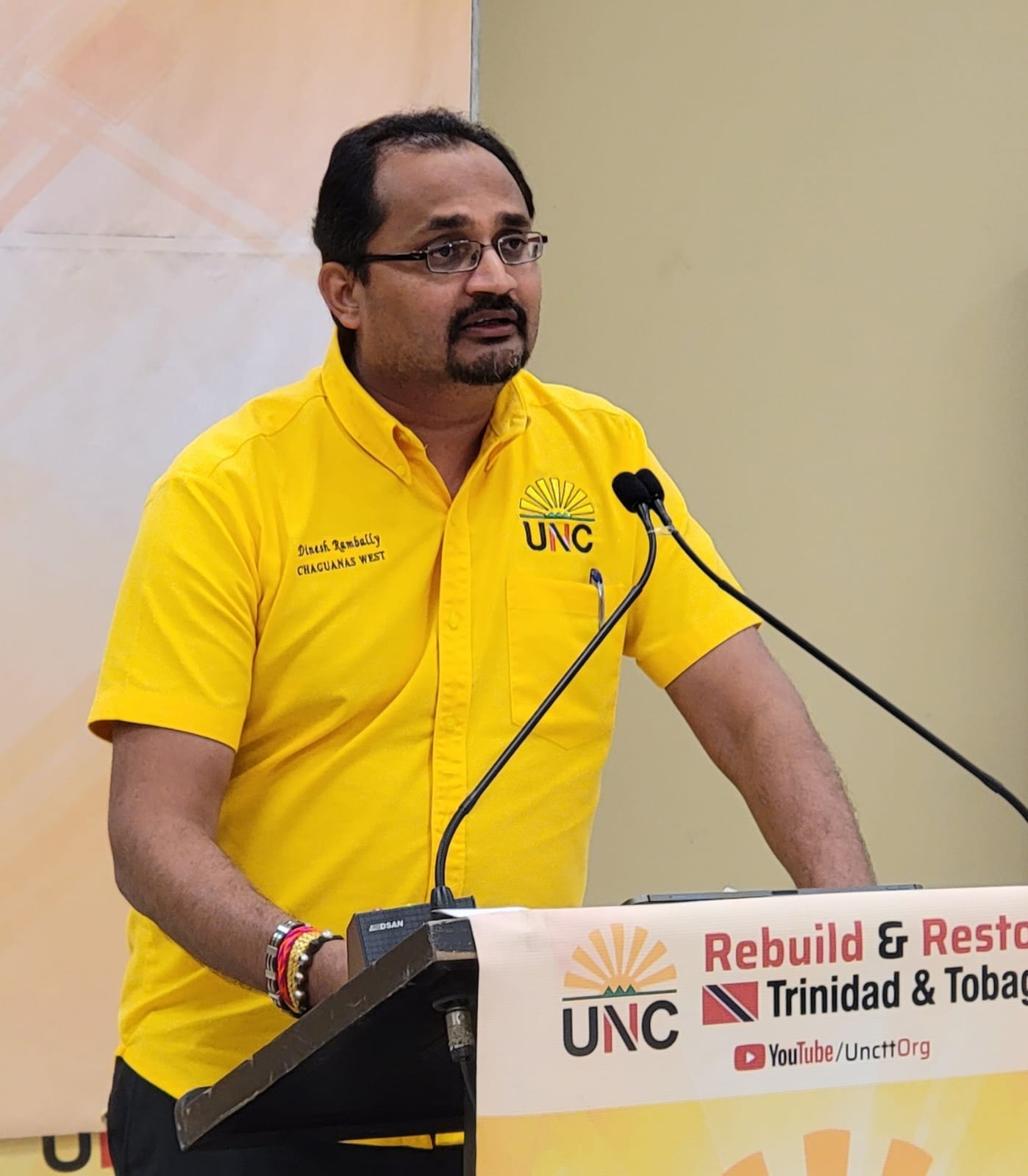 Chaguanas West MP Dinsesh Rambally has raised the question that Paria Fuel could be tampering with critical evidence following the pipeline tragedy which claimed the lives of four divers.

In a release, Rambally said the manner in which Paria Fuel Trading Company has conducted itself since the horrific events of two weeks ago when four divers tragically lost their lives has been abysmal.
He said “From keeping family members confined to a bus shed on their compound for days to informing them of the deaths of their loved ones via a public news conference will forever be a shameful stain on Paria and the ruling PNM Government.”

Rambally said “It appears that Paria has now sunk even lower as camera footage purportedly taken at Berth 6 on the day of the event has been released to a PNM social media troll in an apparent attempt at shameful political propaganda.”

“That this leaked footage emerged on the same day the families of Fyzal Kurban, Rishi Nagassar, Yusuf Henry, and Kazim Ali Jr were performing the last rites on these departed souls is discourteous, disrespectful of and aloof to the unfortunate fate of the families immediately experiencing the pain of this tragedy.
Furthermore, as this leaked footage may form part of a criminal investigation, this action can only be seen as a deliberate attempt to manipulate and tamper with evidence,” he added.

Rambally said it is noteworthy that in a post-cabinet briefing on Thursday 10th March, 2022, Minister of Energy Stuart Young could not say with certainty if Paria had properly documented or preserved evidence pertaining to this horrific event.

He said “It is shocking that the line Minister responsible for Paria, a state-owned company, does not appear to know if the evidence is being properly documented or not in what is the worst industrial accident in our nation for nearly forty years.”

“Furthermore, the Minister of Labour is nowhere to be seen despite being ultimately charged under the Occupational Safety and Health Act Chap. 88:08 with ensuring that all systems (including preservation of evidence) as detailed under this critical piece of legislation is in fact being implemented by the various agencies.
If the entire management at Paria Fuel is not removed after this latest debacle, it would be a clear signal to the nation that this PNM Government has no intention of seeking justice in this tragedy.”