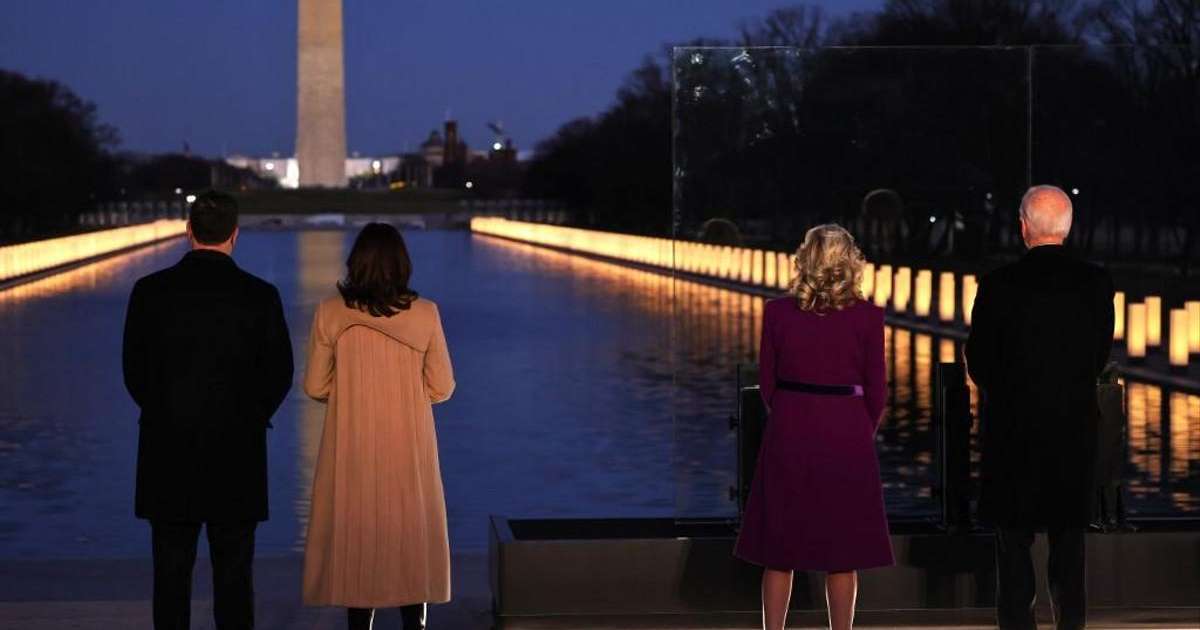 At the end of US President Donald Trump’s term in office, the US had over 400,000 pandemic victims to complain about.

The future US President Joe Biden held a memorial ceremony on the eve of his inauguration, commemorating the more than 400,000 corona deaths in the country. Biden and his deputy Kamala Harris remembered the victims on Tuesday in front of the Lincoln Memorial in Washington – exactly on the day on which the threshold of 400,000 corona deaths was exceeded. 400 lights illuminated the water basin in front of the monument.

“Sometimes it’s hard to remember, but that’s how we heal,” Biden said in a brief address. “It’s important to do that as a nation.” Lights were turned on on buildings across the country at 5:30 p.m. on Tuesday, the top of the Empire State Building in New York pulsed like a heart in red. Church bells were ringing, and citizens had also been called to light a candle.

The symbolic threshold of 400,000 corona deaths was exceeded on Tuesday, the last full day of the outgoing President Donald Trump in office. More than 24 million corona infections have been confirmed since the beginning of the pandemic. The USA is the country with – by far – the highest number of registered infections and deaths worldwide.

Critics blame Trump’s crisis management for the devastating numbers. The right-wing populist had played down the danger posed by the virus for a long time and called for a quick return to normal after the lockdown months in the spring.

Trump’s successor Biden has made the fight against the deadly pandemic his most pressing task. The Democrat, who will take office on Wednesday afternoon, wants to massively accelerate the vaccination campaign that has been running for a few weeks.

LATT tells Kamla: “Do the right thing and withdraw statements” 0