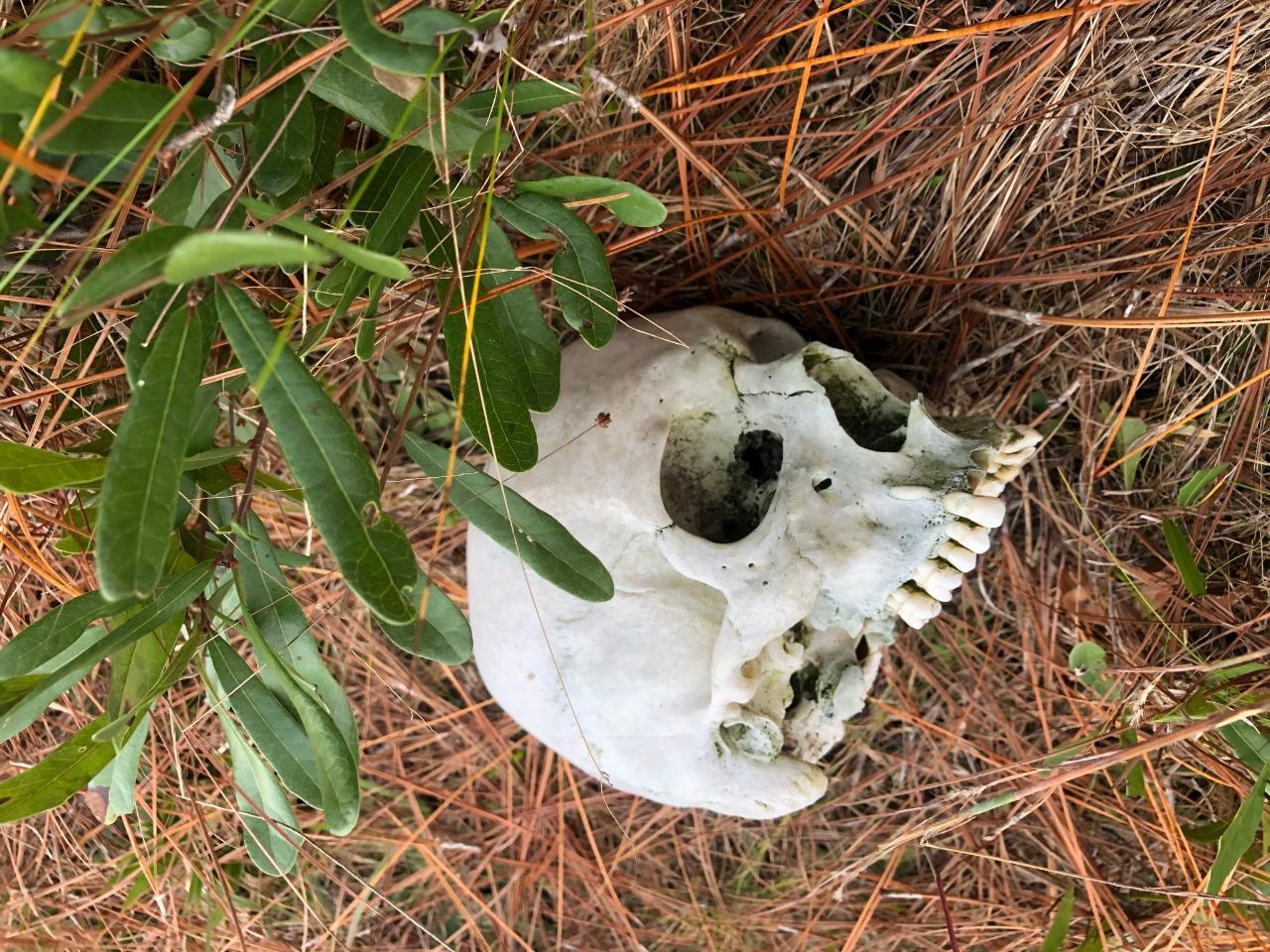 Skeletal remains were discovered in a forested area in San Rafael on Tuesday afternoon.

Around 12:15pm, members of the Northern Division Emergency Response Patrol were on patrol at St Martin Trace, Brazil Village, when they got a report about a decomposing body found in Arena Road.

Upon arrival, they met a hunter who said he found the remains.

He took the police to the area where they found a skull, rib cage and leg bone.
Investigators said burnt clothing was found near the head.

A post mortem examination is expected to be done on Wednesday.