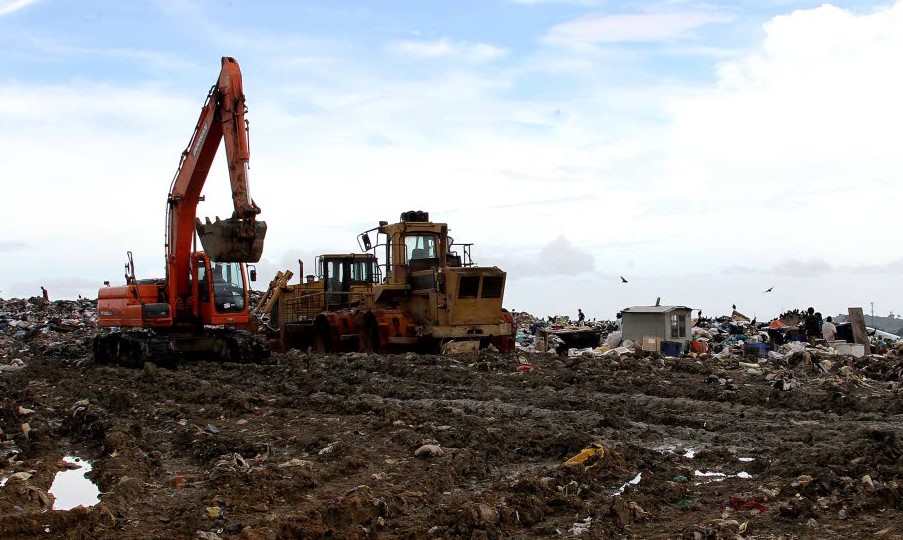 The Beetham landfill has to be closed.

This is the cry from Beetham resident, Kareem Marcelle.

He made his comment to News Power Now in light of yesterday’s news by the Environmental Management Authority that the air levels at the landfill are now hazardous.

Fires at the landfill have been burning for almost a week with authorities struggling to get them under control.

According to the data released by the EMA, the Air Quality Index or AQI was `at 410 with 0 being the best and 500 the worst possible air quality.

The high reading, it said, is due primarily to the smoke and particulate matter being emitted from the Beetham landfill.

The agency added that the air quality could aggravate heart or lung disease and serious risks of respiratory effects in the general population.

The EMA called on all persons in the vicinity, particularly the elderly, children, and those with respiratory ailments to exercise extreme caution.

Marcelle explained to News Power Now that residents have been left severely disadvantaged and are facing a risky situation.

Marcelle added that while he understood that some residents may have something to lose as a result, the bigger picture was more important.

He called on the Government to find the balance required to deal with the situation.

‘Rambo’ and ‘Shotta Boy’ to stand trial for murder 0

Scandalous state of affairs at WASA – over $1.1M in overtime paid to PSA officials 0