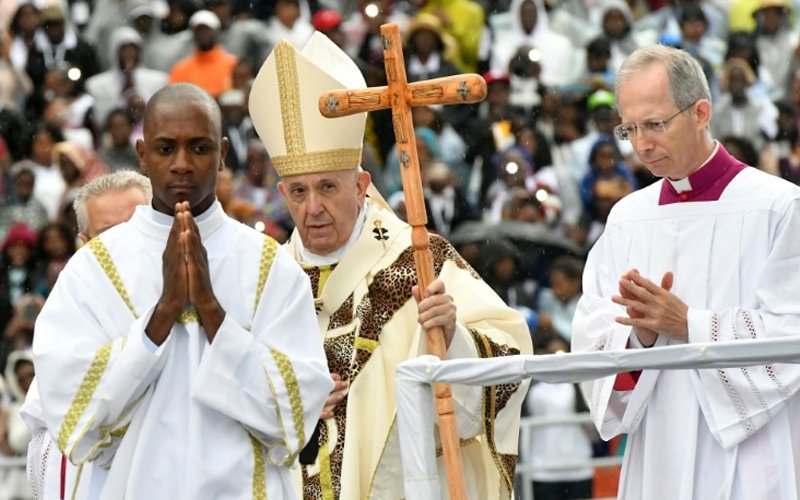 As the Church Changes, Pope Urges Conservatives to be Open

Pope Francis appealed to conservatives on Sunday not to be bound by the status quo as he opened an assembly of bishops to discuss the future of the Roman Catholic Church in the Amazon, including the possibility of introducing married priests.

At a Mass in St. Peter’s Basilica opening the synod, Francis also denounced past and present forms of colonialism and said some of the fires that devastated forests in Brazil in recent months were set by special interest groups.

In his sermon, Francis said some Church leaders risked becoming “bureaucrats, not shepherds”, and urged them to have the courage of rekindling what he called the fire of God’s gift by being open to change.

“If everything continues as it was, if we spend our days content that ‘this is the way things have always been done’, then the gift vanishes, smothered by the ashes of fear and concern for defending the status quo,” he said.

One of the most contentious topics of the synod, whose some 260 participants are mostly bishops from the Amazon, is whether to allow older married “proven men” with families and strong standing in local communities to be ordained as priests in the Amazon.

This solution to the shortage of priests, backed by many South American bishops, would allow Catholics in isolated areas to attend Mass and receive the sacraments regularly. At least 85% of villages in the Amazon, a vast region that spans eight countries and the French territory of Guiana – cannot celebrate Mass every week. Some see a priest only once a year.

Conservative opponents fear it would be a doctrinal Trojan horse that would then spread to the entire Church in the West.